A LEADING Brexiter feels the unfolding chaos of Brexit is going well from the vantage point of his massive house in France.

Denys Finch Hatton, head of the ‘Make Britain British Again’ group, is monitoring the progress of Brexit from his estate near La Rochelle where he is living on the advice of his accountant.

Finch Hatton said: “It’s heartening to see the brave citizens of Hartlepool, Swansea and Sunderland stand firm and tell the liberal elite where to stick their jobs.

“It’s vital we have the hardest possible Brexit. Anything else would be a disgusting sell-out. Excuse me, I just have to finish my duck confit and Dauphinoise potatoes.”

Finch Hatton admitted he had agonised for weeks over how to vote in the referendum before realising he would still be very rich whatever happened.

He said: “I wish I could join my fellow countrymen, queuing cheerfully in 30-mile tailbacks for essential supplies at Dover and singing Vera Lynn songs with the old Blitz spirit.

“However once we’ve actually left I’m worried they might turn nasty and steal my incredibly expensive trousers to buy food.”

Pub trivia team realise they could have had happy lives 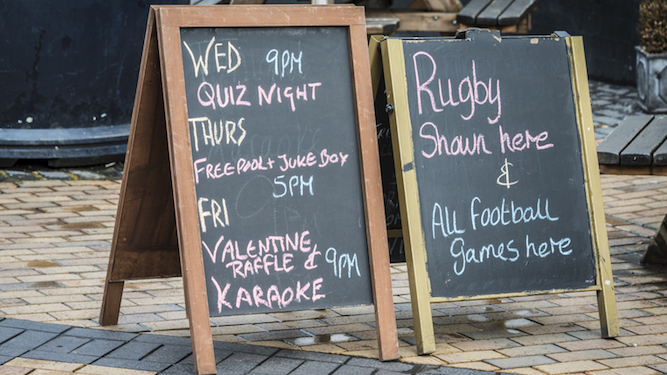 A PUB quiz team has realised they could have had normal, successful lives if they had not immersed themselves in pointless trivia.

Tom Logan and his three friends reached the conclusion as they shared prize money of £22 after a quiz in a grotty pub that took three hours to drive to at their own expense.

Logan said: “At first I was pleased to have secured victory by knowing that Bucks Fizz’s rarely-listened-to final album was called I Hear Talk.

“But then a voice in my head said ‘Was this really worth the six solid months of your life you spent memorising 80s pop trivia in the basement of your mum’s house?’.

“I could have travelled the world, set up my own business – anything. But instead I devoted my life to learning by heart which countries border the Caspian Sea.”

Teammate Roy Hobbs said: “My friends formed relationships, moved upwards in their careers and had wonderful children who they now share a close bond with as adults.

“I know a lot about the Battle of Austerlitz.”