LEAVE voters have confirmed they will be turning out in large numbers to vote on a thing they do not have a clue about.

Brexiters are keen to vote in the European Parliament elections, despite having no idea what it is, what it does or whether electing some Brexit Party idiots achieves anything.

Roy Hobbs of Chichester said: “I hate the EU Council of Parliaments. We don’t need those unelected fascists telling us we can’t eat fish and chips without filling in a form.

“I haven’t done any research, obviously, but I reckon it’s based in Berlin to run the new EuroArmy. Thank god Farage will be able to put a stop to it with his hundreds of Brexit Party MEPs.

“My daughter says if I google ‘European Parliament’ I’d find out it’s democratically elected and they deal with a lot of dull-but-necessary stuff like business regulations and recycling.

“It makes me sick that so many young people have been taken in by Project Fear.”

Retired shopkeeper Mary Fisher said: “If Nigel gets enough votes they’ll have to let him be prime minister. He can move into Downing Street on Friday and stop all this political correctness.

“It’s like the referendum all over again. I didn’t really follow it but I do know there’s too many foreigners and it’s only two minutes’ walk to the local primary school.” 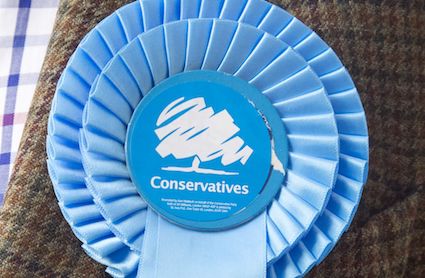 CONSERVATIVE MPs are hoping to replace Theresa May with someone who is just as cynical and nasty but not really bad at absolutely everything.

Backbenchers confirmed they do not require a leader with worthwhile policies, just one that is not pathologically dysfunctional.

“They’ll also need to be a barefaced liar who inevitably gets a much worse deal than we have now but pretends we’ve won the Battle of Waterloo.”

Backbencher Mary Fisher added: “I might stand as Tory leader because I am good at thinking of simplistic analogies.

“For example, ‘The economy is like a big cake, so you don’t want immigrants having any’.”