DAVID Cameron has casually mentioned the names of some people who are ‘really standing in Russia’s way’.

The prime minister was in the middle of a press conference about cuts when ‘just as an aside’ he named 120 individuals who are major adversaries of Russia.

Cameron prefaced the list by saying that there was absolutely no evidence of suspicious circumstances in the death of Boris Berezovsky, which showed a level of professionalism that he really admired.

He continued: And while were on people called Boris whove accrued wealth and power that really doesnt suit them, Im told that the Mayor of London is irresistibly attracted to oligarchs wives and, whats worse, their mistresses.

What a terrible tragedy it would be if he were to be found asphyxiated in his spare bedroom, killed by a dead mans wank, as we called them at Eton, gone horribly wrong.

The names of political rivals Ed Miliband and Nick Clegg were not mentioned. Downing Street press office later confirmed that they didnt want to bother those very busy Russians with anything trivial.

President of Russia Vladimir Putin responded: “David who? Dont bother me with details. Just nail this Cameron mudak to the fucking floor. 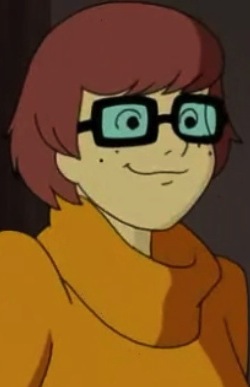 ED Miliband is to quit the Labour leadership and join a gang of amateur detectives led by a ravenous Great Dane.

Miliband admitted last night that his brother David becoming the head of International Rescue is more impressive than him becoming prime minister.

But he now believes he can leapfrog his brother by joining an organisation that has a much better ‘hit-rate’ in apprehending evil-doers.

Miliband said: “When you look beyond the scary, abandoned fairgrounds and the massive sandwiches, the Scooby Doo gang is actually doing some really important work in the community.

“But I want the gang to get more involved, particularly with schools and the elderly. I look at Shaggy and I see a young man, perhaps lacking in confidence, but with tremendous potential.”

He added: “Many of this country’s abandoned fairgrounds are actually owned by devious Bulgarians who want to scare away developers and keep the gold for themselves.

“I’m not suggesting that all Bulgarians are scary fairground owners, but by tackling the sort of immigrants who are not contributing to Britain we can make the Scooby Doo Gang relevant to ordinary, hard working families.”

Scooby Doo said: “I’m delighted that Ed wants to get involved. We just have to pinpoint what his strengths are. Because we already have a Velma.”