Check Change Go: six things the government's new slogan could mean if you haven't got a f**king clue

THE government has launched its latest £100m advertising campaign for an abstract concept. But what the f**k is ‘Check, Change, Go’ about?

After being forced by the public to give clear bloody instructions for once in March, the government has been slowly diluting it into meaninglessness for the benefit of Tory donors. Check no-one’s coughing, change your distance from other people… go?

Incontinence is an issue affecting four out of every five people, or something like that. And if you’re going on a date it’s never great to turn up in urine-soaked denim, so check your crotch for wetness, change if necessary, then go out there and get ‘em, tiger.

Going to the laundrette

If you live in a bedsit, as most Britons do or will shortly, you’ll be washing your clothes at the laundrette. And nobody knows better than Boris Johnson what a grave error it is not to bring 20ps for the dryer, so check your change before you go.

There’s nothing worse than turning up to a meeting of the secret rulers of the world still wearing your human skin. Ensure to check you’ve sloughed off your flesh and changed into your lizard form before going to meet the others. This tip suggested by Michael Gove.

Check.. that Brexit has happened? Change… into what, a European? Go where? Nah. Can’t be anything to do with Brexit. This bollocks doesn’t relate to it in any possible way. 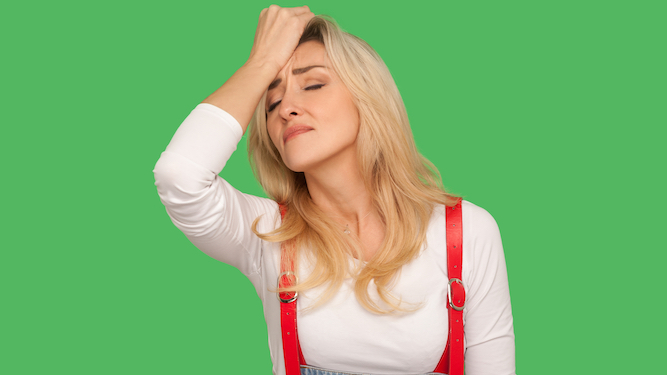 A WOMAN who has caught her boyfriend cheating for the fourth time has concluded that it must be her fault.

Emma Bradford found out that boyfriend Tom Booker was sleeping with her cousin and immediately began to go over her own behaviour to find out why he did it.

She said: “As soon as I picked up his phone and saw the pictures of Charlotte naked, I thought ‘How have I messed things up this badly again? ’

“I’ve been putting it off, but I’m going to have to face the music sooner or later. First I’ll apologise for my breach of trust in looking at his phone, then he can tell me what I’ve been doing wrong.

“I must have driven Tom to it by taking an active interest in his hobbies and giving him space to have fun with his mates. The lingerie I bought at his request probably intimidated him as well.

“If only I could be a better girlfriend to him then we could be so happier. Honestly, I’m absolutely furious with myself for letting this happen again. When will I learn?”

Bradford added: “Or wait. What if, actually, the one who’s the arsehole is the one who did it?”