Corbyn 'both justified and a dick'

JEREMY Corbyn is both perfectly justified in calling Theresa May a “stupid woman” and a rude dick for doing so, Britain has agreed.

The public feels the Labour leader’s use of a gendered insult was finely balanced against not saying something far worse like ‘incompetent fucking conniving idiot’.

Office worker Tom Logan said: “It’s the kind of thing you’d say if the woman at the sandwich shop totally buggered up your order and acted like it was your fault.

“Yes, you should have waited until you were outside the shop but no, technically she is stupid and a woman. So it’s swings and roundabouts really.

“Would I be cross if he’d said it to my mum? Yes. If it was my dad saying it, who has to put up with the frustration of dealing with her day in, day out? Not so much.

“My advice to Jeremy is control your temper and use appropriate language. And Theresa, you should try not to provoke Jeremy by being so fucking awful all the time.” 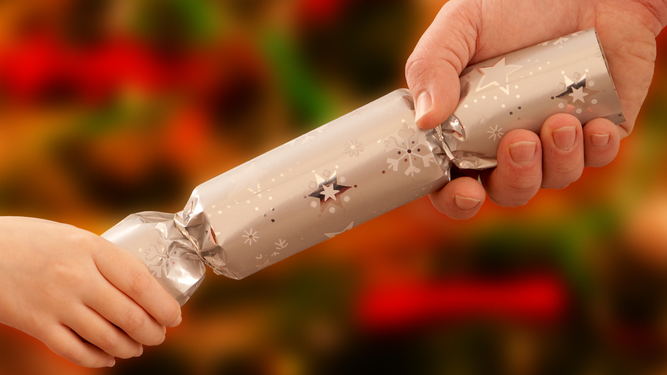 ARE you sick of pathetic Christmas cracker jokes that don’t support Brexit? Just print out these gags and slip them inside normal crackers for some Brexmas hilarity.

Q: What lies at the bottom of the sea shivering?

A: Usually ‘a nervous wreck’ but hopefully a thieving French fisherman who’s been fishing in our waters and has rightfully been sunk by the Royal Navy.

Q: Why did the unelected EU bureaucrat piss the bed?
A: Because he was Jean-Claude Drunker.

An Englishman, and Irishman and a Scotsman go into a pub. Luckily it’s a Wetherspoons and the Irishman and the Scotsman get some sense talked into them about the corrupt protection racket which is the EU.

Q: Who delivers presents to cats at Christmas?
A: Probably an Eastern European working for Amazon who should sod off and let British people have a job.

Q: How many members of the metropolitan liberal elite does it take to change a lightbulb?
A: Two – one to hold the stepladder and one to screw the indigenous white working class.

Darth Vader the Brexiter says to Luke Skywalker “I know what you’re getting for Christmas”. Luke says “How?”. And Darth says, “I got you a Keep Calm and Carry On mug.”

Q: What do you get if you cross a sheep with a kangaroo?
A: An excellent example of trading opportunities after Brexit with Anglosphere nations like Australia.