I’M a Celebrity Get Me Out of Here is exactly where Nadine Dorries was always going to end up, it has been confirmed.

Anger and dismay at the novelty MP’s decision to abandon her constituents for a month subsided quickly as people across Britain said ‘of course’.

Meanwhile, experts praised the business acumen of the Jimmy Savile look-a-like as she will now receive £40,000 to destroy a political career that was essentially worthless.

Former Tory MP Ann Widdecombe said: “This is the right move for Nadine. She doesn’t have quite enough gravitas for Strictly Come Dancing.”

Backing rapists turns out to be terrible idea 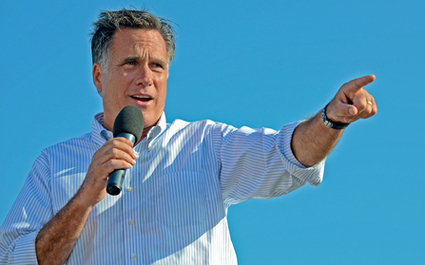 DEMANDING a square deal for America’s rapists is not a vote-winner, it has been confirmed.

Meanwhile, presidential candidate Mitt Romney, who refused to disown Mourdock’s comments, lost the female vote heavily despite repeatedly pointing out that he was relatively handsome.

Republican strategist Todd Logan said: “So women are not keen on rape? That’s a real a noggin-scratcher.”