Farage and Corbyn wake up in bed together

NIGEL Farage and Jeremy Corbyn have woken up in bed together after realising they were not so different all along.

The unlikely couple met in a London pub last night, where they were both drinking separately while wondering how to claim that they were in the right about Ukraine all along.

Barman James Bates said: “Corbyn was at one end of the bar, saying ‘Of course the real culprit is NATO’s aggressive posturing’, and Farage was at the other end repeating ‘If you poke the Russian bear with a stick he will bite’.

“In unison they said ‘The blame really lies with the expansionist EU, we were right to leave’ as they walked toward each other transfixed. And that was it.

“The rest of the night was a meeting of two soulmates. They’d got so much in common – they both loved Russia Today and everything was the fault of bloody centrists. They left arm-in-arm, snogging each other’s faces off.”

Farage said: “It was beautiful, but it was just one night. There’s no future in it. We both have to be the centre of attention at all times, you see.”

'What's this Ukraine then?': The low-information voter's guide to Ukraine 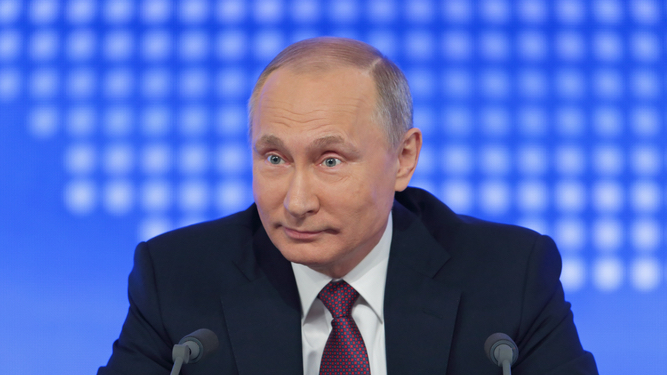 ARE you a ‘low-information voter’, ie. a bit thick? Here we answer the depressingly clueless questions you’ve undoubtedly got about the Ukraine crisis.

What’s this Ukraine then?

It’s a country that’s quite famous at the moment for being invaded by Russia, led by Vladimir Putin. We kind of assumed you’d know that.

So communist Russia is invading the West? Typical.

No, Russia hasn’t been communist since about 1991. Putin is a former KGB operative who’s one of Russia’s new oligarchs and kleptocrats. I see you have a slightly blank expression. Let’s just say he’s a baldy bastard who nicked all the money.

Has he got a car that goes underwater? From when he was a spy.

It’s unlikely an amphibious Lotus Esprit was standard KGB issue. He probably doesn’t make quips about killing people either, although the attempted assassination of dissident Sergei Skripol with a nerve agent was an ideal opportunity to say: ‘Looks like his nerves got to him.’

So are there Russian tanks pouring into Germany?

No. They’re invading Ukraine. In Eastern Europe. Next to Slovakia. No? Poland? Not ringing any bells? Look, it’s that bit of the world where you went to Gareth’s ‘Steak and tits’ stag do where you weirdly ate a steak while a woman showed you her arse.

In a way no, but surely the international community has some responsibility for protecting the autonomy of independent states? Hey. Have you just got bored and started picking your nose?

Why don’t we just send the SAS in?

Ah, the moron’s solution to every problem. Even our entire force of 600 SAS troopers might have difficulty defeating 200,000 Russian troops, no matter how much you like Bravo Two Zero with Sean Bean.

Will there be a nuclear war?

Mercifully it seems no one is stupid enough to press the nuclear button.

Shame. It’d be cool to live in a nuclear wasteland. Rats the size of cars. Well, looks like I’m an expert on Ukrainia now. Better give my brain a rest.