Five desperate ways Farage can draw attention to himself again

NIGEL Farage is a bit irrelevant now. So how can he slither back into the limelight again?

When we leave the EU, Farage stops being ‘Mr Brexit’ and becomes just another miserable old git banging on about immigration. By campaigning to get back into Europe he’ll have a high public profile and keep his nice MEP salary to boot.

Farage could use his television skills to host a talk show – something like Jeremy Kyle, but with corporal punishment for the most feckless guests. Or just become a real-life Alan Partridge, hosting something like Pensioner Snowboarding.

Start a new political party about some nonsense

Nigel has already threatened to set up The Reform Party. It doesn’t really matter what the cause is, as long as he’s adored by 20 idiots in a rainy car park in Worthing. Maybe an exciting new political movement called ‘Bring Back The Shilling’.

Strictly is the refuge of all newly unemployed political figures and Nige would be perfect for the Ann Widdecombe/Ed Balls ‘rubbish but amusing’ slot. Though he’d refuse to dance the Paso Doble and Viennese Waltz because they sound a bit foreign.

It’s really time for him to retire, so what could be better than holding court in front of a bunch of bigoted Englishmen over a pint of bitter in a pub with sinister farming implements on the ceiling and a St George’s Cross on the flagpole outside? 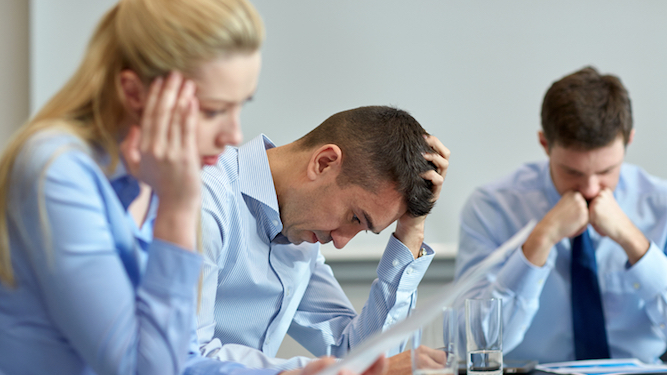 Employers have been told that if they expect their workforce to come in and toil like good little soldier ants after their late-night misery, they have got another think coming.

Accountant Martin Bishop said: “After six solid hours of shouting at the TV every time Laura Kuenssberg announced another Tory gain with barely concealed glee, work can f**k off.”

Coastguard Norman Steele agreed: “I won’t be going on shift today. Anyone who decides to spend Friday 13th going for a swim in choppy waters instead of staying in bed wishing it was a dream can bl**dy well drown.”

All British workers are now expected to do b*gger all until 12pm on the dot, when they will go to the pub for a long liquid lunch and possibly not return.

Police officer Stephen Malley said: “It goes against my professional ethos to stop catching thieves and murderers, but everyone at the station was up till 3am and we’re all really tired and depressed.”

Shoe shop assistant Emma Bradford said: “I’m going home. Anyone wanting to buy shoes, take your pick and leave the cash in the honesty box. There’s probably your size in the basement.”