Five things morons are expecting to happen after Brexit

ARE you a Brexiter with mad ideas about life after Brexit, or a ridiculously melodramatic Remainer? Here are some things that won’t be happening.

Brexiters love this idea, but they HAVEN’T ACTUALLY BEEN DOING ANYTHING to boost the economy, unless there’s some way of monetising millions of whinging old gits moaning about ‘snowflakes’ on their ancient PCs. And of course we’re saddled with Brexit now, which won’t help.

All the crazy pensioner stuff

Do you long for pre-decimal currency? Not going to happen, although it would be hilarious to watch younger Brexiters trying to cope with ‘12 pence in a shilling, a penny is worth four farthings…’. The return of hanging is also unlikely, unless the Tories are polling badly before the 2025 election.

All the foreigners will be teleported away

There’s a big obstacle to returning to a white British monoculture, and it’s called ‘the modern world’. It’s not even clear what a reduction in immigration will achieve. The miserable bus driver you exchange all of eight words with won’t have an Eastern European accent? Result.

We’re going to turn into a fascist state

Persistent paranoid fantasy among some Remainers. Most Brexiters aren’t proper far-right nutters, and they’re never as committed to the cause as they claim to be. They’d probably start doodling some Brexit uniforms then rapidly lose interest and get back to Strictly.

Brexiters really need to give this a rest. It’s hard for something to stop when it didn’t exist in the first place. It’s like a nerdy kid at school going, “I’m terrified of Degsy and his mates never flushing my head down the bog and not calling me a ‘bender’.” 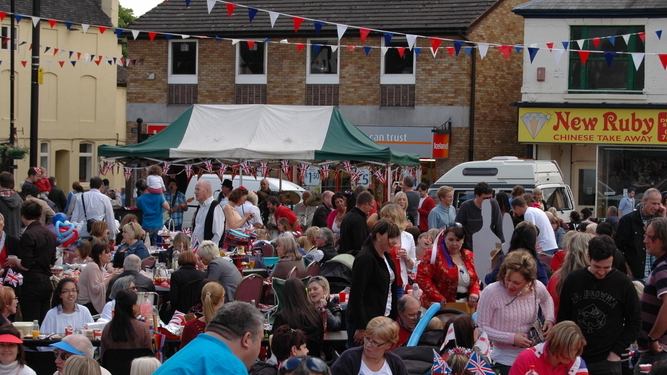 A BREXIT rally has been attended by almost 150 people who do not appear to have a f**king clue about what they are celebrating.

The low number of brain cells in attendance was confirmed by the fact that everyone present talked non-stop nonsense, suggesting they were either thick or bonkers.

“I don’t want a lazy Spaniard telling me what to do every second of the day, although that doesn’t happen. What am I talking about? I’m not sure. But I bl**dy hate it. Hooray!”

Fellow Brexiter Eleanor Shaw said: “I’m weeping with joy about getting our plug sockets back. Now my granddaughter will be able to do a hairdressing course without filling in 500 pages of EU regulations.”

“Anyway, grab a drink and would you like some food? It’s time to get the lasagne on the barbecue. Proper English lasagne, from Asda.

“It’s like they say in that Mel Wilson film – FREEDOM!”