Football only allowed home if it has a skilled job earning £47,110 a year, says Patel

FOOTBALL will only be able to return to its country of origin if guaranteed a highly-skilled job worth £47,110 a year, the home secretary has confirmed.

Patel dashed the hopes and dreams of England supporters by revealing that football’s return to its homeland will be subject to a hostile environment and points-based immigration system.

She said: “We are a sovereign nation. Football chose to establish itself overseas and must face the consequences. If it wants to live here then it has to earn its keep.

“It must meet the salary and skills threshold, have a exemplary credit history, show a commitment to learning English and possess a clean criminal record. And frankly it doesn’t.

“I’m told it is a British-born subject, but the Windrush rules apply and without a birth certificate or passport we’ll have no choice but to deport football to Spain, Germany or Brazil where it has strong national ties.”

Patel added: “If football attempts to sneak home we will locate it and I get to watch it being dragged into a van while smirking in an embroidered jacket. That’s my favourite part of the job.”

12 occasions Britons can only survive with a cup of tea 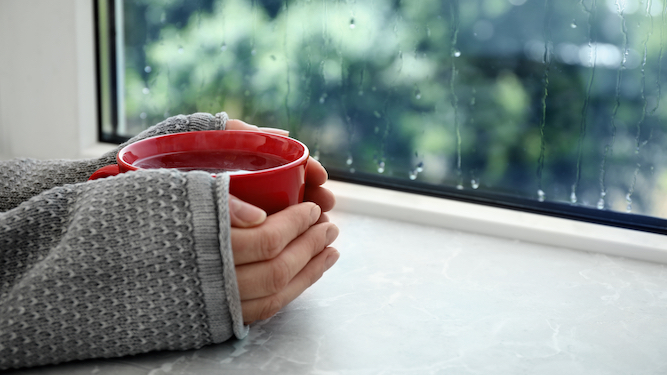 THERE are times in any British person’s life which would not be survivable without the cool, soothing balm of tea. How many have you been through?

Anytime you get back home from somewhere

When somebody comes to your house

It remains in law as of 1761 that no matter who visits you, be it friend, plumber or arresting officer, you must make them a cup of tea. Or the country is the worse.

When something bad happens

Whether you’re dying, dumped or arrested for murder, someone is guaranteed to say ‘Let’s have a nice cup of tea’ and make everything better again, briefly.

When something good happens

Won the lottery? Got a new job? Cleared of murder? If you’ve something to celebrate, that calls for a nice cup of tea. Before getting the booze out.

Just before you go out

When you’ve got loads to do

What will really help you get started on those jobs? A quick break for a fortifying cup of tea.

When you’ve done loads of stuff

How to reward yourself? A celebratory cup of tea. You deserve it.

After a big dinner

You know that feeling when you are so full all you can manage is three cups of tea and an entire tin of biscuits?

First thing in the morning

Let’s face it, no true Brit can start the day without a cup of builders’ nectar.

When you get to work

Let’s face it, no true Brit can start the working day without a second cup of builders’ nectar.

Hospital tea tastes like shit, but it’s still better than visiting someone without the shield of tea at all.

When it’s raining at the seaside

Watching the rain lash the sands while warming your hands on a fresh cuppa is what it is to be British and should be on the citizenship exam.