Freedom of movement and lots of lovely immigrants: David Davis talks you through his Remainers' Brexit

STAUNCH ally of the EU David Davis has outlined the benefits of his recently unveiled Remainers’ Brexit. Let him lead you through it:

As an architect of Brexit, I knew taking back control of our borders was only a precursor to abolishing them entirely. Because without borders Britain will be a beacon to the best and brightest, zipping across the Channel to fill our desperately needed job vacancies. Our workshy can’t fill them because our incredible economy is booming right now.

Where would we be without immigrants? Exactly. That’s why my Remainers’ Brexit allows them to enter freely and stay for as long as they like. Only an idiot would try to shut them out without properly calculating the devastating risk. Thank Christ the open and tolerant people of this country would never vote for such a thing.

Our dreary navy blue passports, made in Poland by a French-Dutch company, do nothing to instil national pride. Under my arch-Remainer plans they’ll all be declared illegal next year, replaced by a bold, buccaneering burgundy. A quick flash of this bad boy will see you through an EU airport queue in no time.

The Protocol in the Withdrawal Agreement, which I personally cheered on until signed into law, was a prank. I can’t believe so many of you fell for it. My secret Remainers’ Brexit protocol sees us legally bound to adhere to the same rules as the Republic of Ireland. It’s basic common sense and I’m amazed nobody else thought of it.

Our Remainers’ Brexit wil only be complete when we rejoin the European Union. Once we’re members we’ll be able to export goods to trading partners on our doorstep, and we can rinse them for funding grants. Again, this was the plan for Brexit all along and this is a relatively trivial set of adjustments. Let’s not have any fuss.

How to be a messianic tech bro overlord 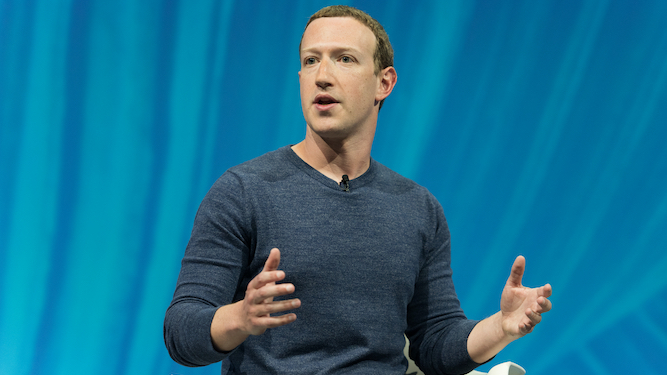 ARE you a Silicon Valley zealot reshaping the world in your inhuman image? Include all these in your 3.0 version build:

Your mission is to transform the world. Beginning with a more efficient way of leveraging internet microtransactions, but ending by looking out onto a utopia you’ve created merely by taking away humanity’s free will. You’re not afraid dream.

Wear the same thing every day

Explain to journalists that your wardrobe of hundreds of identical grey T-shirts and pairs of jeans frees up valuable milliseconds per day. Gloss over whatever happened in your childhood to make you this way. One day everyone will wear what you wear, and be happier.

Be into a high-octane extreme sport

Develop a niche obsession with Venezuelan juego del garrote fighting that requires its own coach alongside your existing personal trainer. Instruct them both to follow you in discreet black outfits and headsets, giving you Kardashian-level celebrity but without the curves and sequins.

Appear regularly on stage with a headset

You can’t be a tech overlord without launching stuff on a regular basis. To launch things, you need a headset and the ability to pace up and down a stage talking intensely about your radical world view.

You see further ahead than the huddled masses, so commission your bunker complex in New Zealand complete with private plane to fly you and your entourage there when civilisation melts down. Or when you’re facing an inconvenient hearing about your product neurologically disabling children’s moral centres.

Despite a full diary of top-level meetings, post on Twitter about how crypto is the future and puzzling statements such as ‘the metaverse means that the Singularity is approaching.’ When you finally post ‘My nanos are released. Humanity is to become a connected hive mind’ nobody will even give a shit.

Openly plan to abandon the planet

Make it clear from the beginning Earth isn’t enough for you. Send missions to Mars, Venus and an asteroid you’ve had made into a replica of your head. Tell press conferences ‘In 2039, three lucky female employees of child-bearing age will leave the planet for new lives in the TechCranium, alongside myself and William Shatner.’