Gove: 'Fun is a relic of history'

MICHAEL Gove has unveiled plans to padlock children inside schools until they have absorbed all knowledge.

He said: “The school holidays only exist so kids can have ‘fun’, which is the relic of a bygone age.

“There is no fun now, only work and consumption.

“Then the sweet release of death.” 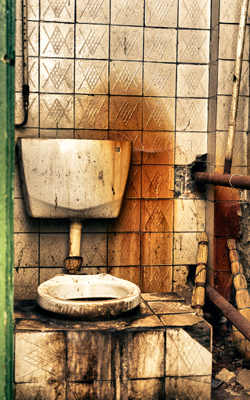 BRITAIN doesn’t need any more drug consumption rooms, it has been claimed.

Heroin user Emma Bradford said: “There are plenty of drugs booths – what we need to do is stop people using them as public toilets.

“Lots of drugs rooms, even the really intimidating-looking ones in bus stations, are still used by people looking for places to urinate.

“I’ve had whole families coming in to do their dirty business while I’m trying to shoot up.

“It’s really inconsiderate and I express my annoyance by shouting ‘Bastards’ in my most gravelly voice through the cubicle door.”

MP Wayne Haynes said: “We should be concentrated on making the existing drug rooms fit for purpose, for example by removing those weird UV lights that can make it difficult to find a worthwhile vein.

“Also we could discourage unwanted ‘toilet’ users by commissioning more frightening graffiti that says things like ‘Billy will cut your eyes off’.”