POSSIBLE prime ministers Liz Truss and Rishi Sunak go head to head tonight on ITV. These are the questions they should be asked:

The quickest insight into anyone’s personality is a game of shag, marry, avoid. Especially when presented with horrific options. Nobody comes out of this question a winner, not least the audience who may end up picturing Rees-Mogg’s segmented, insectile cock, or Truss locked in a loveless marriage to Priti Patel.

Once a zany icebreaker for students, now a pertinent topic of great national importance. It’s coming, so how do Sunak and Truss plan to combat hordes of the undead roaming Britain hungry for brains? As with every question, their answer will invariably involve lowering taxes.

Theresa May walked into this gotcha question like an idiot and provided the dullest answer possible. Nobody wanted to ask Boris. Perhaps Truss and Sunak will be caught off guard and let slip ‘large scale tax evasion’ or ‘I’m a Chinese agent in deep cover’ or ‘hunting vagrants for sport’.

Would you rather have lobster claws for hands or flippers for feet?

Televised debates are dull as f**k. A quick round of ‘would you rather’ will engage the public imagination, especially if it’s devoid of political substance. Just like Brexit, the question will split the country into two warring factions, although unlike Brexit there are benefits on both sides of the argument.

How many times did you catch Johnson on the job?

It’s fine, he’s on the way out, they can talk about the times they caught Big Dog furiously banging away in the corridors of power without fear of repercussion. A ballpark figure will do. More or less than 100 times? Jesus, that many? And with Carrie every time? Actually, scratch that last one, no point wasting the viewer’s time with questions we already know the answer to. 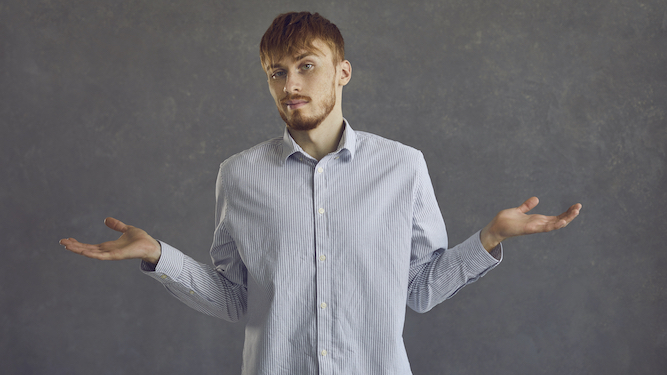 A MAN who has nothing but contempt for women’s views, interests and lifestyles has no idea why none of them will go out with him.

Keen misogynist and hopeful singleton Tom Booker, who enjoys long walks, watching MMA and dismissing anything women like as bollocks, is at a loss as to why he gets no second dates.

He said: “I don’t get it. I know women are idiotic, emotional creatures unable to think rationally, but that doesn’t explain why they won’t go out with me.

“I’m an attractive, smart, Alpha male who listens to proper music by men skilled at playing guitars, not that Beyoncé crap, but dates never work out. Which can only be their fault.

“I’ve tried to get down to their level, explaining World of Warcraft in terms that even a simpleton could understand, but instead of thanking me – with sex – at the end of the night they won’t even give me a hug.”

Old friend Joe Turner said: “He asks me to set him up with women. The last women I set him up with came to me specifically, on behalf of all women, to make sure I never did that again.

“Why would he even want to be in a relationship with someone only half as good as a man? If he wasn’t such a vocal homophobe I’d suggest he try dating blokes.”