Hancock taunts Johnson by calling him from mistress's bed

MATT Hancock has taunted his former boss by calling him from the bed he shares with his new girlfriend while not handling a pandemic.

The former health secretary, who quit his job and left his wife in a single weekend, placed the 9.45am call to remind the prime minister who the real winner is here.

He said: “Is that Boris? Hey Boris. Sorry, only just up. Late night with the new bird. You know that stage where you can’t keep your hands off each other?

“Anyway, thought I’d see how the whole Covid thing’s going. You know, the one that’s not my f**king problem anymore? You’re having fun with it, right?

“It’s weird because this whole thing – affair with posh totty, sudden abandonment of all responsibilities, a giddying sense of freedom – seems so much more you than me, you know? But instead I’m doing it and you’re trapped in Downing Street with a pandemic, a baby and Carrie.

“Dunno what I’ll do today. Probably sex, then a walk in the park, then watch a movie instead of listening to Chris Whitty bang on about lockdowns? You?” 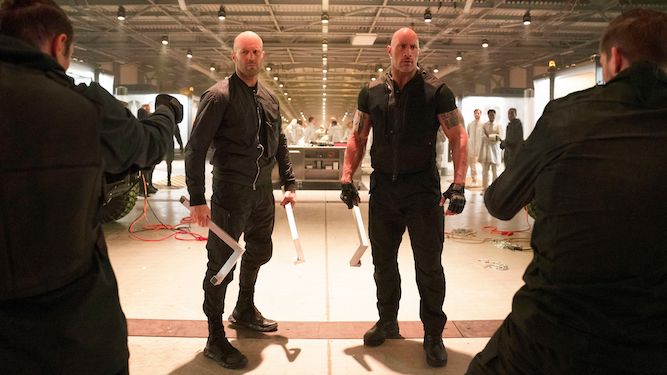 THERE’S films for girls and weaklings, then there are films for alphas. If you’ve not watched all of these then you’re not one:

A true alpha would have sorted that shark in less than a minute with a good solid punch in the conker. Any animal’s respect can be won with a sharp jab to the beak: rabid dogs, killer crocodiles, boa constrictors, people who look at their girlfriends, Remoaners, lefties, vegetarians.

Any Fast & Furious film with the Rock and Statham

The early Fast & Furious films only feature one musclebound baldie who believes acting is for cowards. True alphas reserve their admiration for the later movies, which have three. They drive home from the cinema in their VW Golf full of McDonald’s boxes and Costa cups knowing they could jump it off the dual carriageway flyover any time.

As highbrow as it gets for an alpha male, directed by Scorsese, filmed in black and white, it’s the equivalent of an Ingmar Bergman festival at a wanky independent cinema. But with boxing instead of chess and rather than Max Von Sydow battling Death, it’s De Niro battling weight gain.