THE jewel in our summer sporting crown is back, and with it the usual marvellous sights that make us so proud to be British:

What could be more British than your iconic annual sporting event being f**king ruined by rain every year? Remember when Sir Cliff Richard did an impromptu rendition of Wired For Sound? Thankfully now the main two courts have roofs it’s relegated to lesser games and Lewis Capaldi performing acapella.

Any British player getting past the second round is afforded the privilege of a grassy hill being renamed for them: it’s been Henman Hill, Murray Mount, Rusedski Ridge and Konta Contour. What a wonderful illustration of tennis’s minor and transient impact on the wider British public.

From John McEnroe to Nick Kyrgios Wimbledon has always played host to racquet-smashing, abuse-hurling, ball-whacking bad-boys. As WWF and our current government show, everyone loves a villain and it spices up a sport we’re not in the least interested in 50 weeks a year.

92 per cent of the BBC’s Wimbledon budget is spent spotting celebrities. From Beyoncé to Hugh Grant to Samuel L Jackson, all sat in bemusement and suppressing the urge to snooze. Not forgetting the Duke and Duchess of Cambridge and Her Majesty Judy Murray The King Mother.

Tamagotchis and other piss-poor entertainment from the 90s 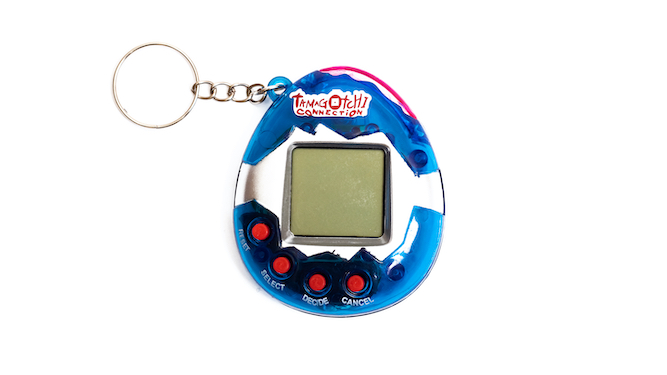 COMPARED to the thrilling gadgets available to children these days, the things that passed for entertainment in the 90s were tragic:

Essentially a portable, digitised introduction to animal abuse. Sure, you may have started out with the best of intentions of feeding your weird dog thing every day, but invariably you’d forget to bring it on holiday and return to the traumatic sight of your pet severely emaciated, or dead.

Adults blinded by nostalgia claim GoldenEye is one of all the all-time great video games, especially if they spent the latter years of the 90s bunking off school, getting stoned and playing the multiplayer level. However, show the shit, blocky graphics to a child used to playing Skyrim and it will only confirm their suspicions that grown-ups are completely stupid.

Your parents detested shelling out their hard-earned cash on thin plastic discs so you could play a tedious game that required no skill whatsoever, and they’re still finding Pogs down the back of the sofa to this day. Why didn’t you collect Harry Potter first editions instead, you disappointing philistine?

It now seems a crashingly dull premise for a game: a snake wants food, but if it knocks its head against one of the square walls that surround it, it immediately perishes. For a solid decade children would drain their parents’ phone batteries playing Snake at any opportunity, leaving them unable to enjoy the exciting novelty of making a phone call outdoors.

A Furby was one of the first domestic robots and was so creepy that we now insist our household AI looks like a speaker instead of anthropomorphising it into creepy owl/monkey hybrids. The only upside was that you could make it swear at your parents and then act like it was down to this magical sentient being and nothing to do with you.