'He never molested me,' says Johnson

THE prime minister has confirmed that he disregarded reports that Chris Pincher was a sex molester because he was at no point a victim himself.

Boris Johnson told colleagues that there could not be any substance to the allegations as he had not personally had his balls cupped by the deputy chief whip, let alone a buttock squeezed.

He continued: “I thought I knew all the gropers. Indeed, I considered myself their king.

“But Pincher wasn’t on the Copper Feel WhatsApp group. He never joined in discussions about which spad had the most slappable arse. And at no point did he run his hand up my thigh while saying ‘let’s wake the snake, shall we?’

“Consequently, when people called him a sex molester with a long track record of inappropriate behaviour who had to have a minder when drunk, I simply thought ‘Well he’s never come up behind me and begun grinding against my arse so it can’t be true’.

“To be frank even now I’m sceptical. All these people could simply be lying. That happens a lot with MPs who have a high sex drive whose jokes are misunderstood.

“I’ll have a meeting with him, and if he lunges at me shouting ‘go on, get your dick out’ then case proven. If not then I think these allegations can safely be dismissed as rumour.” 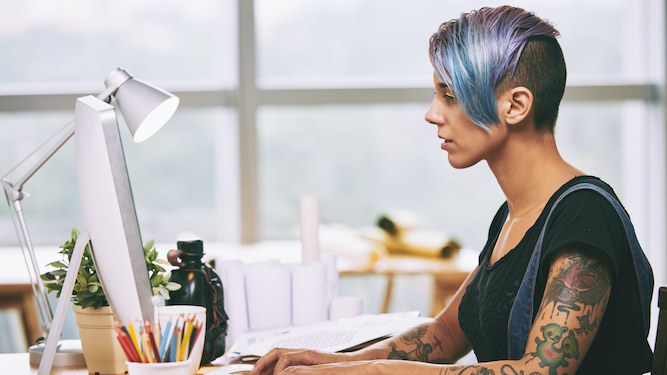 IS everyone else on the video call younger and cooler than you? Did they not get your ‘computer says no’ gag? Hide your true age with these tips:

Always call from your bedroom

Using your high-ceilinged living room with framed pictures insensitively advertises that you own a house. The mark of a true Zoomer is living and working in one small Peckham bedroom. Get in the box room, sponge on some damp and you’re just like them.

When you were young you were always pissed, but not these kids. Rather than making you one of the gang, knocking back a few pints will age you instantly: young people don’t drink, unless from the unfeasibly large pastel water bottles that they carry everywhere.

Remember the sales manager who used to leer at the secretaries, and if you flashed him a bit of cleavage you could get the afternoon off? Never mention this: it will precede a horrified silence at the barbaric abuses of the past. The young cannot process the workplace as a location where you idly wondered which co-worker you would shag next.

Generation Z are all ridiculous overachievers, listing themselves of CEOs as non-profit groups with a social purpose and implying it’s society’s fault they’re not able to do it full-time. Meanwhile you like going to the cinema and socialising with friends. Not good enough.

Get the worst tattoo

You think your tattoo, a Chinese character on your thigh done in 1998 that you no longer remember the meaning of, is bad? Nah. Get a meme tattooed on your neck commemorating that time a YouTuber got their apology wrong. And act like that’s just fine.

Be on social media

You remember when Facebook launched and your boss called it ‘social notworking’. Not the young: they regard tweeting from the office as a basic human right. Enthusiastically join their conversations about their repressive, authoritarian workplace until you realise the person they’re calling #cornerseatStalin is you.