Housing benefit withdrawn from anyone with under £25 million

THE Conservative party has unveiled new plans to cut housing benefit and income support for anyone with less than £25 million in capital holdings.

The new threshold, which ministers are calling the Decency Benchmark, will ensure that poor people with regional accents won’t be able to get their filthy hands on taxpayers’ cash, which will instead be channelled to wealth creators to spend supporting the economy.

Prime Minister David Cameron said: Giving the wealthy even more money sends a clear message to society that poverty doesnt pay and will encourage those people being persistently poor to stop it at once.

The changes will make housing benefit only available to those with three or more homes but will increase the average amount paid from £90 per week to £9,000. Income support recipients must provide evidence of their company directorships.

Cameron added: “How would you feel if you were BAE Systems and you were told ‘Sorry, we can only afford to buy 18 Warrior armoured fighting vehicles this year because were paying a bunch of 18-year-olds to live apart from their abusive alcoholic parents?'”

Under the new proposals, the less wealthy would be forced to live with their parents until they have proper jobs, which could create a generation of men who have weirdly obsessive relations with their mums, like in Italy.

24-year-old Stephen Malley said: “I’ve already gotten to the point where my mother’s opinion about my girlfriends is more important than my own.

“Also I am boasting to all my friends about her pasta sauce, despite it only being Spicy Tomato Ragu, and have become quite fascinated by transsexuals.” 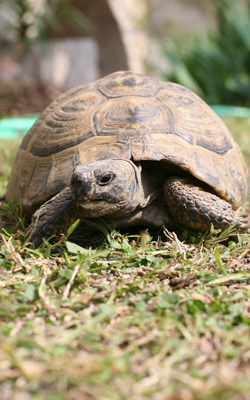 LONESOME George, a tortoise believed to be the last of his species, has expired after a 78-year drugs and alcohol binge.

Naturalist Emma Bradford said: “While George’s fellow reptiles settled down and had eggs, he continued caning it.

“Most days he would just wander around the Galapagos islands off his head, admiring the vivid colours. Tourists would give him drugs, putting pills on the ground in front of him which he would very slowly nibble at, nodding his wizened head in woozy gratitude.

“If he was feeling paranoid on a comedown he would simply retreat into his shell.”

George was the last of the Pinta tortoises, a species known for its debauched behaviour. Because of the creatures’ slow metabolism it typically takes them a decade to come up on a pill.

Galapagos tortoise Tom Logan said: “George had been hanging out with a group of iguanas that were right messy bastards, always getting on it around the rock pools.

“I said to him, you’re a hundred now, you can’t keep staying up all night with these younger lizards.