I am ready for any Brexit hardship, says man who's upset if his boiled egg isn’t just right

A MAN claims he is ready to make any sacrifice for Brexit despite being extremely picky about everything.

Brexiter Roy Hobbs is unconcerned about huge potential problems such as food shortages or a recession, which is odd for a man who has a strop if his boiled eggs are too runny or hard.

Accountant Hobbs said: “We survived the horrors of WW2 so we can cope with Brexit. I don’t think that’s a strange or worrying comparison to make.

“We’ll just have to tighten our belts and toughen up. Excuse me, my wife’s putting dinner out and I need to check she’s not putting gravy on my peas. I can’t stand that.”

Wife Jane said: “Roy says he’s prepared to suffer anything in the name of Brexit. This is someone who bitterly complains if I get ordinary ginger biscuits instead of the ones covered in dark chocolate.

“He said if there are food shortages he’ll ‘bloody well grow his own vegetables’. He tried that a few years ago and the net result was three sprouts and a diseased potato.

“Once he said he’d be prepared to fight against the EU army. I told him to stop being so bloody stupid and the great war hero went and sulked in the shed.”

Kanye West could be next twat president 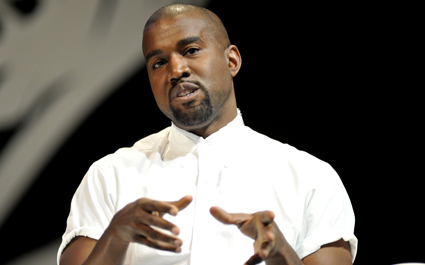 IT IS now a strong possibility that rapper and colossal twat Kanye West will become president of the US, experts believe.

West has so much in common with current president Donald Trump that voters would actually feel reassured having another mightily deluded bellend in charge.

“Kanye’s already immersed in celebrity culture thanks to Kim Kardashian, and he’s highly skilled at writing gibberish on Twitter. What is ‘dragon energy’ anyway? How do you even think of garbage like that?

“We’ve made a reality TV halfwit president and he’s not even unpopular, so this is clearly America’s future. And if you’re electing a twat, few people match up to Kanye.

“Also the appeal of Kanye crosses party lines. Half of America is united in contempt for him, so the other half will vote for him just to piss them off, like Trump.