I f**king love it, says Rees-Mogg

JACOB Rees-Mogg has called a press conference to say he has read the draft Brexit agreement and, against all expectations, absolutely loves it.

The MP for North East Somerset admitted he began reading the draft expecting a traitorous document worse than giving commoners the vote, but soon found himself totally blown away.

He said: “Have you read it? Just fucking read it. It’s amazing.

“From page one you’re gripped, a hundred pages in and you’re cancelling your plans for the night. As for the emotional punch on page 585 – wow. It’s better than Bravo Two Zero or Stephen King’s It.

“I’m deeply sorry about all that nonsense I’ve been spewing for months. This is the Brexit agreement par excellence. The backstop is a work of art. Please, Theresa, publish a sequel!

“I and the rest of my European Research Group will be backing this rowdy boy to the hilt. It’ll sail through parliament like Nelson on HMS Victory. I daresay I’ll salute.”

Theresa May responded: “This is a welcome development but he’s still a pair of glasses drawn on a bean.” 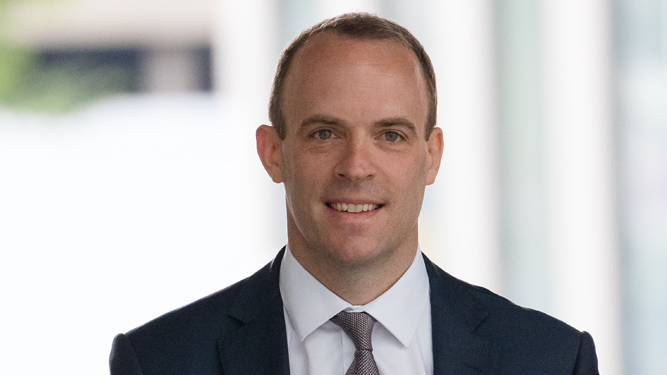 DOMINIC Raab has unveiled plans to throw petrol bombs at your house and then petrol bomb the fire engine as soon as it arrives.

Raab said he could not ‘in good conscience’ stand by while your house was free of flames and then allow firemen to restrict its ability to burn to the ground.

He added: “I have always said that your house would be far better off if it was a charred, smouldering ruin that would have to be demolished.

“It is entirely unreasonable of the so-called ‘fire brigade’ to stand in the way of the plans that were put before you.

“Now please give me some room while I hoist these hot missiles through your kitchen window.