I'm Boris and I do what I f**king like

IT seems my opponents have signed a pledge to legislate against no-deal Brexit. Sadly they appear to have forgotten that I’m Boris, and I do whatever I f**king want.

I am not bound by your petty laws or morality or the fact I have a parliamentary majority of one. None of that matters. I get my way because I always have. Anything else is unthinkable.

Parliament’s going to vote against me? Boom. No more Parliament, bitches. The British people won’t award me a landslide election victory? Then I guess we won’t be having any f**king elections.

Sure, hold your little vote of no confidence, Remainer Tories. I’m Boris. I’m not going to resign just because convention dictates it. I will remain in Downing Street for as long as I want. I’ll board myself in the loft with a cricket bat if I have to. You won’t get me out.

I’m Boris. If I want it, I take it. If I want to shag your wife, I’m shagging her. So shut up with your ‘constitutional outrage’, ‘undemocratic’ and all that cock. From now on, democracy is what I say it is. Which happens to be: Borisocracy.

Perhaps I should have mentioned earlier I was a crazed egomaniac with dictatorial tendencies but let’s face it, all the signs were there. You loved the Latin-speaking buffoon act, so now let’s all pull together and get behind me doing whatever I want.

Parliament’s over. The Lords will be placed under house arrest and the opposition will be outlawed. The Queen will do what she is bloody told.

Because I’m Boris. And I do whatever the f**k I like. 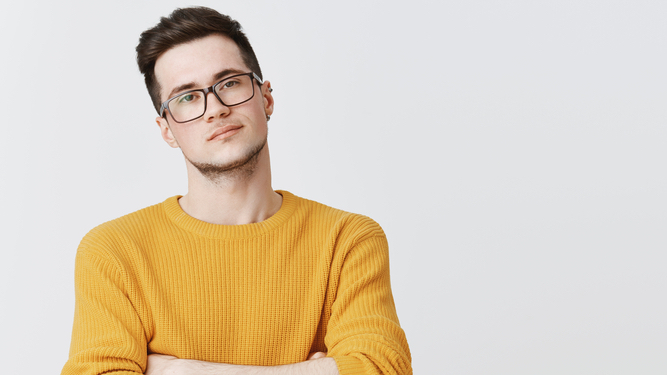 A STUDENT home for the summer cannot believe there is not an Uber available in the tiny village where his parents live.

Nathan Muir is back in Banhurst in Kent after studying in London, and despite being clever enough to win a place on a sociology course is baffled by the difference between the UK’s capital and a village of 200 people.

The 18-year-old has also complained about the lack of craft breweries, pretzel stands, buskers, graffiti, IMAX cinemas and novelty pubs where you have to be dressed as a tennis player to get in.

Muir said: “It’s like literally going back to the Dark Ages. I’m not sure I can stand it here much longer because I’m a London person who’s been in an Uber now.

“I can’t believe there’s only one bus, and that only comes three days a week. Seems like it gets dark earlier, too. Wake me up when they get a Pret.”

Despite Muir’s outrage and disbelief there are no plans to improve infrastructure in the village.

Local resident Norman Steele said: “What more do we need? We’ve got a well, a tree and a shop, although the shop closed down 20 years ago. What’s an Uber?”