UNABLE to continue blaming the English for their misfortunes, an independent Scotland will instead hate cats.

The SNP confirmed that if Scotland chooses independence, cats will be installed as the new Scottish nemesis, under the so-called ‘scape-cat’ system’.

The policy was developed by Roy Hobbs, Professor of Scottishness at the University of Arbroath. He said: “Cats are an ideal focus for Scottish rage, as they have much in common with the English.

“They stroll about like they own the place, they’re snooty, and they spend all day licking their own arseholes.”

Fellow Scot Bill McKay agreed: “I could’ve been a great man, if I wasn’t oppressed by my cat.  The little bastard actually shits in my kitchen, even the English didn’t do that.”

If a Yes vote is returned, the newly independent Scotland will immediately gather eleven cats and try desperately to beat them at football. 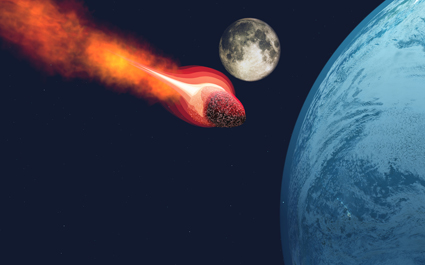 SOCIETY has collapsed into mass panic after it was claimed that a huge asteroid could affect telly.

The aircraft carrier-sized asteroid will not hit Earth but will pass between it and satellites.

Dr Roy Hobbs said: “In theory at least, this could affect telly as some telly comes from satellites.

“The main thing is not to freak out, just go on the internet instead.”