THE Labour party is drastically changing its election tactics by denying there is, or has ever been, any such thing as ‘Jeremy Corbyn’.

A fortnight from polling day, Labour has confirmed that this ‘Corbyn’ their opponents keep talking about is nothing more than a viral horror story intended to scare people.

“We’re a serious political party and the nation’s only hope to stop Brexit. We’d never be run by some bristling 70s socialist who can’t even drive a car, let alone take the wheel of a country.

“Our researchers have looked into it and apparently these stories are based on a Labour politician from 30 years ago called Michael Foot. They’ve changed the name and photoshopped in stock photos of an Inverness canal boat operator.

“Foot was one of the least successful politicians of all time, so we’re hardly going to have someone like him in charge at such a crucial point. The whole thing’s obviously made up.

“Who leads our party? We’re a collective. Vote for us. Please.”

Woman hounded out of Waitrose for bringing Asda bag 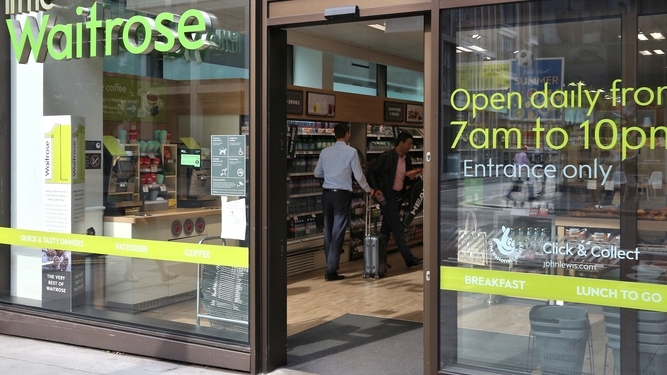 A WOMAN has been thrown out of Waitrose by staff and other customers for attempting to use a ‘bag for life’ from Asda.

Class traitor Francesca Johnson brought the supermarket to a standstill when she produced the reusable pleb sack from her North Face cagoule.

Johnson said: “I thought I’d get away with it if I just used the self-service machine. But a checkout assistant spotted the proletarian Asda logo immediately and set off an alarm.

“The next thing I knew people were pelting me with premium-quality, locally sourced British produce and a pair of Waitrose & Partners heavies had grabbed me by each arm.

“As the middle-class mob surrounded me I kept saying I was ‘just like them, really’ and that the bag belonged to a friend, but that just made them angrier.”

Johnson was then slung out of a side exit by the bins, where she belongs, after being stripped of her Waitrose loyalty card.

She added: “It’s my own fault really for only getting my bits from Waitrose and doing the big weekly shop at Asda.”