IAIN Duncan Smith has decided to stop dicking about and move the unemployed into dog-patrolled ‘job camps’.

The camps are intended to help jobseekers back into work with training in hard manual labour and prominently placed motivational slogans such as Jobs will make you free.

Duncan Smith said: All were doing is taking the confusing system of dozens of different benefits and replacing it with heavily guarded labour camps.

Guests will be encouraged to develop a strong work ethic with a 6am roll call enforced by G4S kapos, and will also learn new skills, such as making their own wooden clogs.

The new camps should not be confused with anything from history although they will be surrounded by machine gun posts and staffed by a new army regiment known as special soldiers.

Living in a camp is really no different to living in a house, if your house was inside a high barbed wire fence patrolled by hostile dogs and you happened to have watery soup for dinner every evening.

Ill be taking a hands-on approach by visiting every camp personally in my special uniform, which is only black because its a very practical colour and doesnt show the dirt.

“Also I’ve had my clothes taken away, I’m not sure how being naked all the time is giving me my dignity back.”

The Mash guide to surviving the heatwave 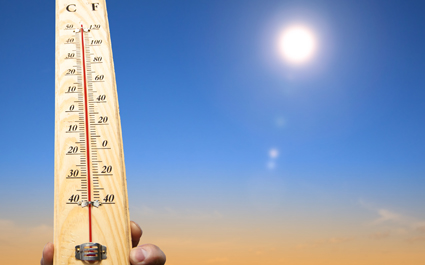 THE sun is out and everyone is going to perish – except you.

With the heatwave set to continue, the average human’s chances of survival are virtually nil. Here’s how to improve your odds:

Build a machine like a tank but with a massive drill on the end. Then tunnel down through the Earth’s crust, reaching a more temperate land where prehistoric tribes live alongside giant dinosaur-like lizards. Rescue a gorgeous cave girl or boy who is cornered by a rival tribe. They will be called something like Ti-Wa or Gurt. Then run off into the jungle to eat strange fruit and have sex.

Desk work can be hell in the heat so get some time off by staring at the sun until you go blind. Then you can legitimately say you can’t see your computer screen, because your retinas have been incinerated.

Scientists say that drinking alcohol in the sun seriously increases your risk of dehydration. But then scientists say all sorts of things.

If you’re feeling sorry for yourself, spare a thought for the millions of people who live on the sun. The Sunnians have to deal with extreme temperatures every day.

Get an electric fan. These are also great for giving you a ‘flat top’ haircut if you turn them up to the top setting and place your hair inside the safety guard.

However tempting it may be, do not shake your fist at the sun. People who shake their fists at the sun tend to look insane, more importantly you might anger it then who knows what it might do.