Life to get real shit real fast from December 26th

THE price for celebrating Christmas without curbs will be months of hardcore lockdown restrictions starting on Boxing Day.

Following Boris Johnson’s bold science-disregarding decision to make everyone like him again, the country is in no doubt that come December 26th they will be back to trudging around parks every weekend and cutting their own hair with clippers.

A Downing Street spokesman said: “Take a good, long look at your family and friends this Christmas Day, because unless they’re in your support bubble you won’t be seeing them for a while.

“Remember how shit the January lockdown was last year? This one will be worse. And we’ll insist it isn’t actually a lockdown by dancing around words like curbs and restrictions and implying it’s all your fault.

“Pubs? Gyms? Nando’s? All opened and closed according to unfathomable new regulations designed to make you give up and stay home. You’ll be so beaten and broken by this one you’ll do your own lockdown.

“But you’ll be able to eat Christmas dinner with your uncle who asks why you’re still single and if you’ve got a proper job yet. Which will make the coming misery worth it.

“Merry Christmas. If you’re staying with in-laws you’ll be with them until February.” 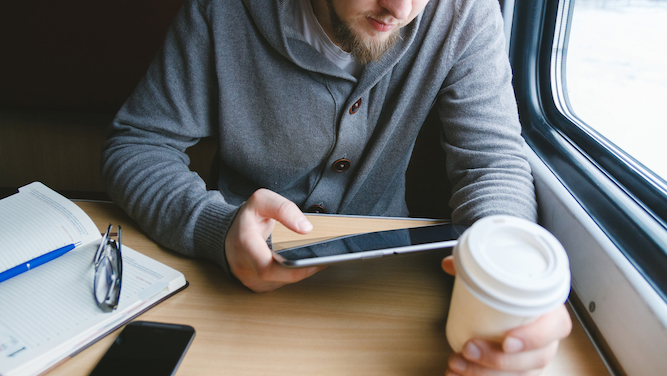 A TWAT on a train is exempt from wearing a mask because he has a Costa cup in his hand, he has revealed.

Joseph Turner, who boarded the 13.32 to London Euston at Preston, has been ‘drinking’ his flat white for over three hours, neglecting to replace his mask over his face during the 45-minute intervals when he is not sipping.

He said: “The rules are clear. Not when you’re eating or drinking. And I’m savouring this.

“I had a sudden urge to get a coffee before I got on the train, when I was all sweaty and hot under my mask, and I’ve been enjoying it ever since. Sorry if other passengers are jealous of that.

“You can’t pass on the virus when you’ve got a cardboard cup, just like you can’t pass it on when you’re having a pint or enjoying a meal. That’s the science. Chris Whitty said.

“So I’m perfectly within my rights, and I’m not doing anything wrong, and I’m following regulations, and actually that makes me better than Boris Johnson.”

Ticket inspector Norman Steele said: “He is a massive, self-serving taking-risks-with-other-people’s-lives loophole-exploiting twat. But he’s right what he says about Johnson.”