A MAN up in arms about having to prove he is vaccinated is totally cool about Dominic Raab’s scrapping the Human Rights Act.

Roy Hobbs believes that vaccine passports are a draconian attack on his civil liberties but believes anyone opposing the government’s desire to remove his human rights is a communist.

Hobbs said: “Vaccine passports and masks are the thin end of an authoritarian wedge. Where are we living, Hitler’s 1940s Nazi Germany under fascism?

“It is a huge infringement on my personal liberty to have to show a negative lateral flow test to enter a large event during a public health emergency. There’s simply no reason for it.

“Human rights, on the other hand, are a load of woke bollocks that allow illegal immigrants, criminals and ethnic minorities to steal my taxes. And let’s face it, most of them are all three.

“I’m also fully behind voter ID, stripping British citizenship and the Nationality and Borders bill. Why? Because it’s just common sense. Also none of it affects me.

“But having to show a Covid pass if I want to go to a venue with more than 500 people? That hits me personally. Well, it would if I went anywhere other than my local Spoons on a Saturday night.”

Six ways teenage you wrongly thought music would get you laid 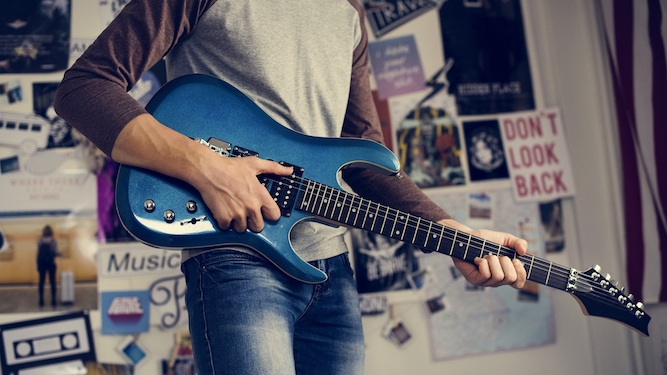 WERE you unduly confident that enjoying music would lead to sex when you were a teenager? Here’s what you got wrong:

Girls aren’t completely blown away by your music taste

Imagine the following conversation between teenage girls: ‘Did you lose your virginity to Steve?’ ‘Yes, I just had to. He’s got three albums by The Wonder Stuff.’ Likely? No. Sadly your teenage self failed to see the total improbability of that exchange taking place.

Going to gigs all the time isn’t enjoyable

Gigs are cool and you were always going to gigs, ergo you were cool and shaggable. Sadly potential partners quickly realised constantly going to gigs was a knackering slog of rammed bars, stinking toilets and no-hope bands with stupid names like Dumpy’s Rusty Nuts.

It does if you’re the singer in the band. It doesn’t if you only like the singer. Sex is often a bigger deal for women than men, so they stick with failsafe criteria like A) looks, B) personality, and C) will he impress my friends? Being into Gil Scott Heron cannot alter this.

Being in a teenage band isn’t impressive

Being talented and rich and travelling the world with a supply of high-quality drugs IS impressive. Four spotty teenage boys in a bedroom arguing pointlessly about Gibsons vs. Fenders and occasionally playing the riff from Smoke on the Water, less so.

You weren’t a musical guru

Why didn’t girls at university shag the visionary who alerted them to the work of Spiritualized, with extra tuition in Spacemen 3? Because every music nerd at uni bought the NME and bored them shitless about The Family Cat and Birdland.

Every twat in the world is a DJ

DJing has partly replaced being in a band, but every other male on the planet wants to be a DJ, so it doesn’t confer much of an advantage. In fact, only playing to living rooms containing five drunk people at parties may even decrease your attractiveness. You may still not have had a shag to this day.