A MAN who claimed voting for Labour would drag the country back to the 1970s is happy with rising inflation and an unheated home when the Tories do it.

In 2019 Bill McKay assured anyone who would listen that Jeremy Corbyn was hell-bent on inflicting economic chaos on Britain, but now feels the Conservatives are responsible leaders for doing exactly that.

McKay said: “Obviously if Labour were in charge now I would bitterly blame them for pushing innocent little children and nice old ladies into freezing poverty thanks to their woeful mismanagement of the economy.

“But because it’s the Tories, I’m of the opinion that putting your clothes on under the bed covers because it’s so cold and only being able to afford one shower a week are noble activities that will make this country great again.

“I’d probably mention other weird similarities like higher taxation, but they’re not spending it on stupid hippy wind farms anymore so that’s good enough for me.

“Am I cold and hungry? No, I bought a house 40 years ago and paid the mortgage off so I’m not going to suffer in the slightest. But I think I remember as a kid my mum made me a jam sandwich once instead of a cooked lunch, so I have known crushing poverty.

“Frankly I barely need to have the heating on because the thought of today’s young people being cold and unhappy gives me a lovely warm glow inside.”

Were you poor but ecstatically happy as a child? An interactive game for Boomers 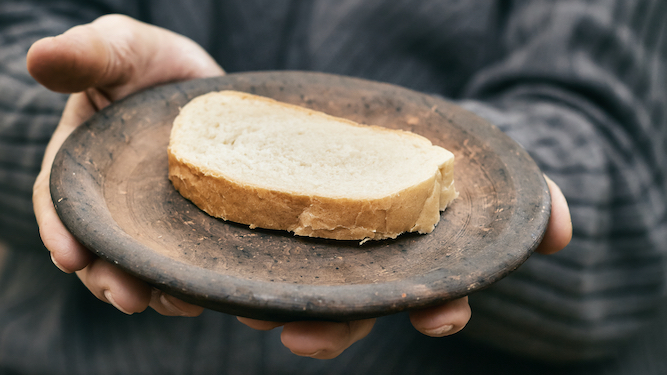 WANT to prove to snowflake youngsters how much you suffered as a child and how much better you are for it? Play this game:

Who needs central heating when you’ve got two glowing bars warming up absolutely everything in a half-metre radius?  With only three channels on the TV the heater also doubled up as entertainment, especially if a fly got in it and was slowly singed to death. You’d get arrested by Antifa for enjoying that nowadays.

Ice on the windows: 10 points

For many, even the two bar heater was the reserve of posh snobs. The mark of a family who truly relished their poverty was ice forming on the inside of windows. A bit of cold never did anyone any harm, aside from that pesky chronic bronchial infection that hasn’t gone away for 50 years.

Young people now are so entitled that they insist on breathing clean air that isn’t full of dangerous mould spores. In the good old days, we’d have so many mushrooms growing up the walls that we named them and kept them as pets. A bit of damp puts hairs on your chest, and a damaged respiratory system is a badge of honour.

Back in the day, kids would regularly get serious diseases and just crack on without any fuss. Rickets was common because we lived in dark hovels and only ate white bread with a sprinkle of sugar on top. Having an irreparable bone deformity is character building, something Gen-Z knows nothing about.

These days everyone moans constantly about the cost of food, but back then many families considered food an unnecessary luxury. Lots of people starved to the point of death, and the experience left them with the sort of grit and character you just don’t see anymore.

0-20 points: Pathetic. Get back on your TikTok and eat an avocado. You don’t know the nobility of suffering.

21-75 points: Fair. You’ve seen some hardship but you’ve never eaten your own nits because there wasn’t enough Spam to go round.

76 points and over: Excellent. You make this country what it is today: weirdly nostalgic for poverty and misery.