Claims the Labour leader broke his wrist while walking up a hill have been dismissed as a complete and utter lie which, once again, displays his unbridled contempt for British voters.

A senior Labour figure said: “As soon as Glenda sat down, he raced back home and watched Women in Love in his man-cave.

“We think he was doing it while jumping up and down on his little sofabed. He’s either gone over the back of it or bounced off it at an awkward angle and banged the whole ‘arrangement’ against the edge of his desk.”

Compromise version of 'Ding Dong' to be sung by Leonard Cohen 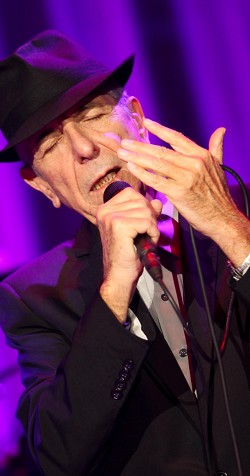 A COMPROMISE has been reached to help Britain solve its Ding Dong the Witch is Dead problem.

With the BBC under right-wing pressure to ban the song, the broadcaster suggested a version sung by Leonard Cohen, the Canadian music poet.

A spokesman said: “The composers of ‘Ding Dong’ intended it to be triumphalist and optimistic. A witch was dead. A wicked witch.

“But while Margaret Thatcher left a divisive legacy, there is no evidence the Wicked Witch of the East took what she felt were the necessary though difficult steps to liberalise the Oz economy.

“She was just horrible and the Munchkins were right to dance around in the way they did.”

He added: “In order to reflect the true nature of Britain’s relationship with Lady Thatcher, a Leonard Cohen version would reflect great joy while at the same time being utterly depressing.

“A bit like The Saturdays doing First We Take Manhattan.”

The corporation said it could also offer a double speed version that would make Cohen sound like an old, wise Munchkin. Like the mayor, or the one with the glasses.