'My conclusion is that throughout lockdown, Downing Street was party f**king central'

’DURING the periods of national lockdown, when pubs and nightclubs were closed, it is impossible not to conclude that Downing Street was party f**king central for the UK.

’No other location allowed anyone except residents to attend. No workplace allowed the mingling of staff or the consumption of alcohol. Nobody was even allowed to meet outdoors.

’In contrast Downing Street held parties for anything and everything that could be deemed an occasion. There was a party to celebrate a man’s final press briefing, for f**k’s sake. Wine, beer, and various spirits were consumed. A karaoke machine was on site. There were altercations and vomiting and 3am finishes.

“Given the situation in the rest of the country where all gatherings were forbidden and all meeting places closed, there can be only one conclusion: Downing Street was the Ministry of Sound, Cheltenham Festival and Glastonbury all rolled into one.

“It was party central. It was the place to go if you wanted a good time. Literally the only location in the UK where this shit was going down was the prime minister’s house.

“They held more parties than any other workplace in the country. Every stag do, hen do, birthday, wedding, works do and Christmas that got cancelled – here’s where your fun went.

“It was all taken by the very people who banned you from having it, who made an exception for themselves. Boris Johnson was the ringmaster of it all, there with a glass in his hand, making a f**king speech.

‘Nothing set out in this report can be taken as constituting a disciplinary investigation or findings of fact appropriate for such a purpose. I remain immensely proud to be a civil servant. Though I’m not sure f**king why.’

Southern Rail user thought they were already on strike 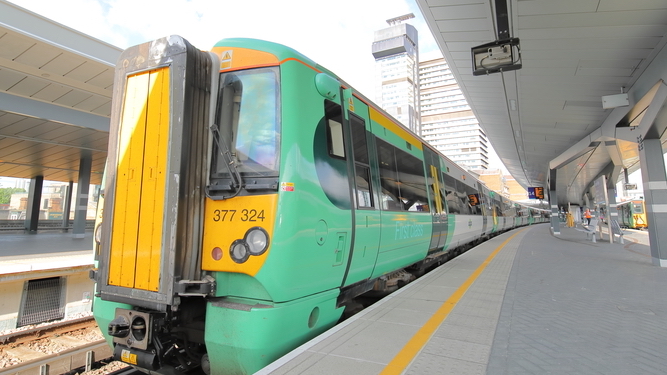 A MAN who uses Southern Rail trains assumed its workers were already on strike, he has revealed.

Horsham resident Martin Bishop was confused to hear that staff are still only threatening to down tools because he cannot recall when he last caught a Southern Rail train that ran on time.

Bishop said: “When I saw the headlines about industrial action I thought I must have missed something. Southern Rail has been plagued with major disruptions for as long as I can remember, which I assumed were deliberate.

“I thought they were just doing a thorough job of striking. Trains would consistently run hours late or get cancelled altogether at the last minute, and the dour-faced staff appeared to be working under protest.

“It got to the point where if a train trundled into the station roughly on time I started to worry. I’d assume it was a trap, and once I got on board they would take me hostage and use me as a bargaining chip for something.”

A Southern Rail spokesperson said: “We’ve set the bar so low we’ve got nowhere to go. We could let a bunch of monkeys on crack run things for a bit and nobody would notice a difference. In fact we’d probably hit more of our targets.”