Obama confuses Osborne with someone who has a soul

PRESIDENT Obama has apologised for confusing George Osborne with a man who is known to have a soul.

Obama repeatedly called the chancellor ‘Jeffrey Osborne’, who is actually the singer of the soulful ballad On The Wings Of Love.

The president said: “I would like to apologise unreservedly to Jeffrey Osborne.

“It was slip of the tongue and in no way did I mean to imply Jeffrey was the grinning, clammy-handed archetype of ‘the man’.” 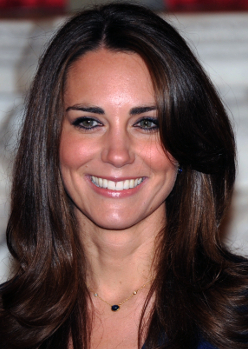 THE Duchess of Cambridge has revealed that her birth plan includes some murder mystery DVDs and a homemade pork pie.

The Duchess will give birth in the private wing of St Mary’s Hospital in London and has warned staff that she will probably swear at them a great deal and be ‘very gassy’.

The Duchess said: “I fucking love Foyle’s War so my sister got me the box set and said ‘watch that while you’re in the stirrups – it’ll take your mind off the fact you’ve just done a big shite in front of some strangers’.

“I was like ‘oh fuck, is that what happens ? I though you just did a load of farts’.

“And then she pretended to be me taking a dump. She can be a nasty little bitch sometimes.”

The Duchess also revealed that she will adhere to the ancient traditions set out in the Royal Birthing Charter of 1467. She said: “Apparently I’ve got to do this in front of the Archbishop of Canterbury, an alchemist and a castrated monk.

“As soon as the kid’s out the Archbishop checks it’s not a French spy and then the monk goes up to the roof and blows a trumpet.