Pissed, shirtless and grappling with minders: How Boris Johnson will leave Downing Street

THE prime minister’s number is up, but he won’t go quietly. Here are some ways he might choose to make his exit.

Pissed, shirtless and grappling with minders

After a night locked in his office with Carrie and Jacob Rees-Mogg, necking whisky and ranting like Hitler in his bunker, Downing Street security will finally prise the door open and escort him off the premises. The front page image of Thatcher crying will be nothing compared to Johnson trying to clothesline his minders.

Having removed all the lightbulbs and crapped in a vase

In the unlikely event that Johnson does the right thing and falls on his sword, he’ll leave behind some nasty stuff for the next incumbent to deal with, even if it is his loyal stooge Dominic Raab. Who might be lucky enough to track down where the awful smell is coming from before a general election is called.

Encouraging his followers to storm Whitehall

Trump went out with a bang that almost took American democracy with it, which is the sort of thing a narcissist like Johnson would enjoy. Unfortunately his most rabid and devoted followers are racist pensioners who spend all day reading the Mail Online and they won’t be able to get up from their repeats of Doc Martin without breaking a hip.

Over a cliff holding hands with Nadine

Nads is so devoted that she’d go over a cliff in a car with Johnson, holding hands with the only person irresponsible enough to give her an important job. Even as they plummeted to the ground she’d be proclaiming her allegiance to her beloved Boris in this Poundland Thelma & Louise.

Out the back door while no one’s looking

An ego as large as Johnson’s won’t allow him to make a graceful resignation speech and leave through the front gate. He’ll angrily slope out of the back door, whining to Carrie about how badly he’s been treated while she stuffs a portrait of Churchill in her tote bag and considers filing for divorce. 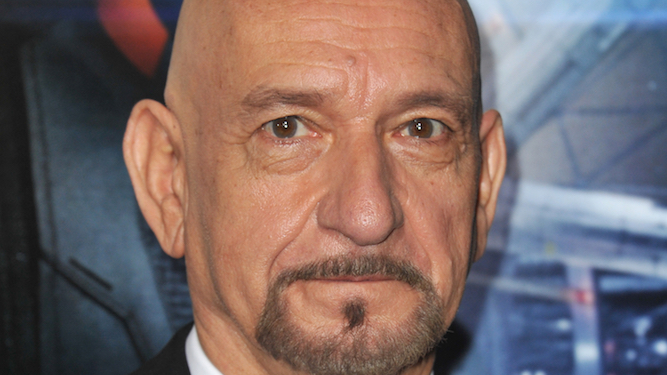 IF you were planning to remake film classics, the first thing you’d do is make sure none of these ‘What the f**k were they thinking?’ casting choices were repeated.

If your child ever asks you to explain the term ‘offensive racial stereotype’, simply pop on Breakfast at Tiffany’s and wait for Mickey Rooney to appear as Mr Yunioshi. Dressed as something resembling a hate crime, his round-spectacled, buck-toothed character is as unexpected and needless as a grotesque gollywog suddenly appearing in an episode of Peppa Pig.

Who else would you cast to play the leader of the pacifist Indian independence movement than a man from Yorkshire? Though Kingsley has an Indian father and thus some connection to the role, the amount of fake tan he was slathered in would do the cast of Love Island for a week. Nowadays, it’s genuinely harrowing viewing. And not just the suffering of the Indian people.

Jim Caviezel, The Passion of the Christ

It’s impossible to say exactly what Jesus H. Christ, born approximately 2000 years ago in modern day Palestine, would’ve looked like. What we can say however is that he absolutely would not have looked like 6’2” Caucasian lunatic Jim Cavaziel. Will that encourage Mel Gibson to recast the role in the upcoming sequel? Of course not. Mel knows better than God on biblical matters.

Al Pacino is indelibly Italian-American, both in real life (his actual name is Alfredo) and due to obscure little arthouse films like The Godfather. He has never had anything to do with the island of Cuba. But in the 80s, American casting directors decided he was broadly foreign enough to be a Cuban drug lord. More recently they thought he was Jewish enough to be a Holocaust survivor in Hunters. He’s very versatile.

Lawrence of Arabia is regarded as one of the greatest films of all time. This is in spite of the bizarre decision to have Alec Guinness play an Arabian prince. Wearing a disconcerting amount of mascara and using an ambiguously ‘ethnic’ accent, your eyes are drawn to Guinness in all his scenes, unfortunately for all the wrong reasons.