A gentleman's guide to staying cool in the heat, by Jacob Rees-Mogg

WHEN Britain ruled the world, its colonial governors wore three-piece suits with top hats and watch chains in the height of Ceylonese summer. Stay cool as they did:

Lay a damp handkerchief over your face

Convalescing Victorians – the greatest generation – had none of our indulgent modern amenities. When temperatures soared, they were inclined to soak their monogrammed handkerchief in ice-water and lay it over their face. If they died they were poised to do so.

Put a dash more milk in your tea

A true gentleman would never be seen drinking tea of the ‘iced’ variety, nor the New World’s ‘Cocaine-Cola’. If your piping hot Earl Grey is doing nothing to cool the blood, consider adding a bit more milk or heavy cream than ordinarily. May leave you a tad sluggish for the midday croquet.

Repair to the ice-house

Your underground ice-house, the key technological advancement of the 1780s, is the ideal place to chill your maddened fluids. Have six of your staff carry you there and recline on a chaise-longue until your temperament has eased.

T-shirts and shorts are an abomination. A man’s wardrobe should vary as little as possible during the year, but if your usual coat and tails are becoming both onerous and odorous, consider slipping into a worsted suit with a slightly lighter-coloured pinstripe to reflect the sun.

Nap on your workplace benches

Over-exerting yourself by standing or sitting will cause your body to overheat. Reposing like a Roman senator will allow it to concentrate on the task at hand. And you’ll devastatingly wrong-foot your opponents in the process. 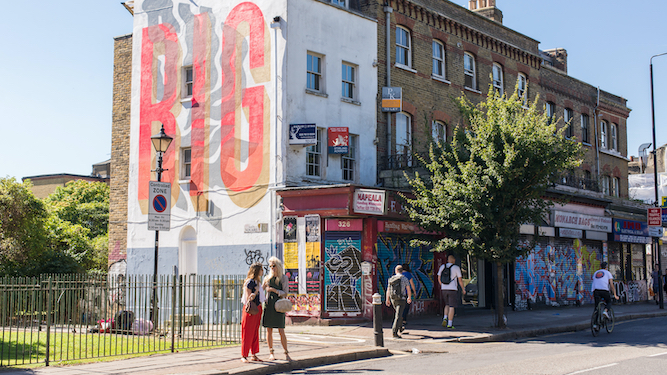 THE ponciest areas of London are to be placed in permanent lockdown, it has been confirmed.

Several areas of the nation’s capital will now see their residents quarantined for good to contain trendy wankers and prevent the spread of dickishness.

A government spokesman said: “After careful modelling, we see no other option. Access in and out of these areas will now be extremely limited to stop any twattishness seeping out and infecting the rest of the country.

“The East London lockdown, from Hackney to Dalston, will save the country from the painful, irreversible effects of exposure to spoken word poets, DJs and bloggers living off allowances from their parents in the Home Counties.

“Meanwhile, the West London lockdown, which affects Kensington, Fulham and stretches into Chiswick, will see an immediate nosedive in the general public’s risk of encountering pastel chinos, the word ‘bantz’ and creepy people who have probably featured in Made in Chelsea.

“Nothing to do with Covid-19, they’re just knobheads.”