All fish to be granted UK passports

EVERY fish in the world has been declared a subject of Her Majesty the Queen.

The move, which pushes the UK population to well over 70 billion, means that any attempt by the EU to enforce current fishing quotas will be viewed by Westminster as an act of war.

A government spokesman said: “From now on, our aquatic friends are loyal subjects of Elizabeth II, Queen of the United Kingdom and Empress of the Seas by the grace of Our Lord Poseidon.

“The next time a foreigner tucks in to his salmon en croute, he is eating the flesh of a British citizen, and should expect nuclear retaliation.

“We have also scrapped the existing citizenship test and replaced it with one that reads ‘do you have gills?’.”

Brexit negotiations will examine the circumstances under which EU citizens and British citizens can legally kill and eat one another, a development that has been welcomed by UKIP.

Perch Tom Logan said: “Finally I can get my fin rot treated on the NHS.” 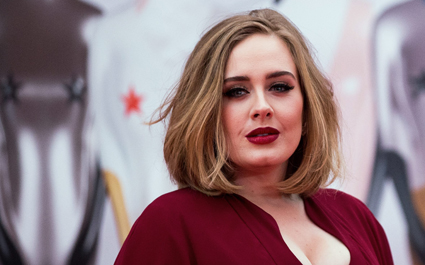 ADELE has admitted cancelling shows because her songs do her head in.

The singer cancelled two UK dates because she is utterly sick of those Adele songs that you hear in all the shops.

She said: “I looked at the set list and it was all Adele songs, sung by Adele. Being the sort of feisty woman that I am, I cannot face an evening of that tired old bollocks.

“If I have to hear Someone Like You again I’m going to claw my own arse off. Hello came on in John Lewis the other day and I had to go and scream into a throw cushion.”

The star received widespread support from the British public, who also feel menaced by the omnipresence of her ballads about being dumped. Fans, however, expressed sadness and anger at missing the shows.

Adele added: “I love my fans, but let’s be honest, they have awful taste in music.

“They relate to me because I am just like them, except richer than a dog that shits diamonds.”