Last night's shock by-election defeat in Glasgow East has convinced Labour backbenchers the party now stands a better chance at the next election under a painful and embarrassing venereal disease.

But Downing Street last night brushed aside talk of a contest, stressing the prime minister was getting on with the job of focussing on Britain's priorities, having his picture taken with Barak Obama and inviting Ben Elton to Chequers.

Nevertheless, Mr Brown has sent a message to potential challengers by kidnapping David Milliband's dog and sending the foreign secretary a tape of it whimpering and scratching at a door.

Downing Street is also finalising a series of headline-grabbing policy initiatives including vouchers for free tripe and marzipan, while every home in Britain will be sent a DVD of Highlander II: The Quickening.

Later today Mr Brown will kick off his campaign to woo back middle England by meeting with scheming, hate-filled trade unionists and agreeing to do whatever they say. 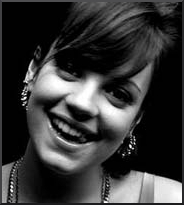 IT'S all kinda sorta boring, innit? You know what it's like – travelling the world, doing concerts, staying in posh hotels, hanging out with famous people who happen to be your mum and dad's friends and eating in expensive restaurants – to be quite honest, I'd rather be blogging or watching people fall over on YouTube.

Ridin' on the Number 25 Bus
Ain't gonna make no fuss
There goes that bloke
I used to
Shag
So I ring me Dad up and tell him to get the boys round
That bloke won't be bothering no-one no more
Cos he's a slapper, only he's a slag with a willy

I wrote those lyrics in the back of the car on the way from the airport to the Chelsea Hotel in New York. Apparently some really, really famous dead people have stayed here – you know, proper icons like Bob Dylan Thomas and Sid Vicious, which kinda puts everything into perspective as I drag my rubbish old suitcase through the lobby.

I'm in New York to record some new songs – here's one of 'em, enjoy!

Whilst I was in the Big Apple I bumped into my old mucker Danny 'Diabolical' Dyer.  He's out here publicising his new movie. "Awright dahlin'" he says, "gor blimey you look proper fuckin' diamond – how's about we get right on it, innit?" Then his Mum grabbed his arm and shouted: "Daniel, stop using that foul language, and for heaven's sakes, pronounce your words properly – you're not in front of the camera now!"

Are you lovin' my lyrics? I reckon they're proper wicked – I don't usually blow me own trumpet, I normally get a session musician to do that for me. Anyway, New York got a bit boring, so we all schlepped off to the airport and booked a flight to Mexico for a laugh – it's time to blow this town! Landed in Tijuana airport, and whilst we were going through passport control I started getting well bored. As soon as we got into the main terminal I realised I was getting even more bored-er than I was earlier, so I decided it was time we all went back to jolly old England for a cup of tea and some custard creams.

Back home in my new London flat, and there's so much to do. I don't know where to start, so I call one of my Dad's mates, who happens to be one of the world's leading interior decorators – result! Anyway, he's coming round at the end of the week and everything should be sorted in time for my house-warming party in a few weeks.

Instead of a really boring party invitation I sent everyone a CD with a song, here it is:

La-la-li-loo-loo-la-loo
Hello you, what you up to
On August the 25th?
Cos I'm havin' a proper party
Bring a bottle or my Dad won't let you
In