SMOKERS have urged Bill Gates to produce a range of software that doesn't have them reaching for a cigarette every time it crashes.

Microsoft founder Gates has teamed up with fellow multi-billionaire Michael Bloomberg in a $500 million worldwide initiative to tell everyone what to do.

But smokers have stressed it would be easier for them to follow their orders if Microsoft's operating systems, browsers and office applications were not such complete piles of shit.

Emily Reeves, an accountant from Bristol, said: "I have been trying to cut down recently, but I find that when I get to work, my computer is absolutely determined to make me love cigarettes.

"It has this knack of channelling stress directly into my brain until there is a vast choir singing  'have a ciggie' to the tune of 'Hallelujah' from Handel's Messiah."

"Stop it. Just. Fucking. Stop it. You evil, cock-sucking, son of a bitch, piece of SHIT!

"I think it might be time for fag break."

Britain Looks To Next Generation Of Insurance Fraudsters 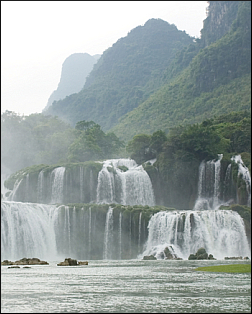 BRITAIN was last night pinning its hopes on the next generation of fraudsters, after the latest failure to con a large financial institution with a fake death scam.

As John and Anne Darwin were jailed for six and a half years, millions of Briton were asking who would pick up the torch and finally succeed in quitting the rat race with a million pounds, a first class ticket and a false beard.

Tom Logan, an insurance fraud consultant, said: "The Darwin plan had a lot going for it. I loved the battered canoe and secret bedsit. And of course the choice of Panama was a classic.

"It's just a shame they were such a pair of complete of fucking idiots.

"But what they have done is provide a road map for the next generation of insurance fraudsters. It's a map that says 'do not go this way, it is the wrong way'."

Mr Logan said being lost at sea, or the jungle, remained the best starting point, though would-be fraudsters should now look for a country that is not 'pernickety' about visas, but still has a decent standard of living.

"I suspect Vietnam will be the new Panama of fake death scam hideouts."

He added: "Some say insurance fraud is a victimless crime but I say no – the victims are actually vast, soulless corporations that would gleefully sell you to Chinese pirates for 20p.

"There are victims, and they fucking deserve it."