ANY political party promising free, clean toilets in town centres would win 88 per cent of the vote, research has found.

Polling showed that the reduction of and privatisation of British lavatories is the key issue for voters, and that they do not give a f**k about most other stuff.

Pollster Helen Archer said: “Brexit, climate change, the economy; none of them leads directly to pissing in a hedge in broad daylight. Which it turns out Britain does not like to do.

“We need to urinate. We need to defecate. Perhaps in the past we’ve been ashamed to shout about that, but the last three years have removed all shame from politics.

“For our children and our children’s children, who are only five and need a piss six times an hour, we need to make a change.

“Any party promising that, and a Chancellor for Litter for the old folks, would get Putin numbers. Saddam Hussein numbers.”

Your guide to living in fascist Britain 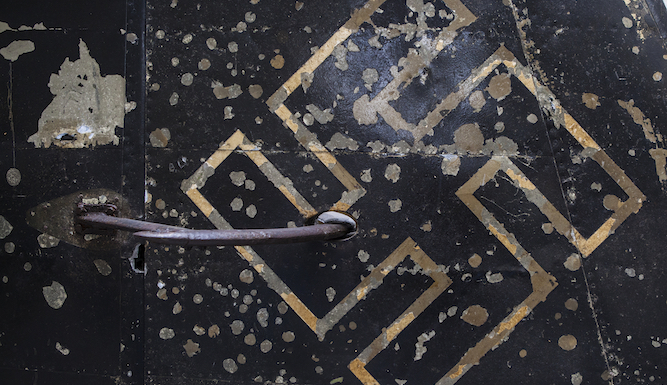 HAVE you ever wondered what it would be like if Britain was an undemocratic, fascist state? Either wait a few months, or prepare early with our tips:

There’s no telling how long Britain will be fascist, so it’s best to go with the flow and prove your loyalty to fascism early. Benefits often include: better food, better career prospects, at least one free shirt. Just try not to do anything too evil in front of witnesses, in case it doesn’t work out.

Authoritarian societies love informers, and most Britons already hate their neighbours with a vengeance so it’s the perfect opportunity to take revenge for minor slights by sending them to a camp. Also it’s only right that Gavin at work finally faces justice for his really annoying laugh.

Fascists tend to blindly worship a leader, but it’s going to be difficult for any of us to start with Johnson. Even the Brexiters would prefer Farage. Practise saying good things about lesser twats – Judge Rinder, Sarah Vine, John Terry – in preparation for the dark hypothetical day when we all shout ‘HAIL BORIS!’

Most things Britain does, whether it’s football, rail services or government, are a bit crap. So if you have to attend a Nuremberg-style rally, don’t worry. It won’t go on long because people will be sloping off early to go to the pub or collect their Tesco shop.

Being part of the resistance looks heroic in war films, but in real life it’s a massive hassle. Ask yourself if you’re even capable of managing a work-life-blowing-up-bridges balance. Once you factor in the risk of torture you’ll find cowardice is the best option.