THE British public is smiling indulgently at a cute little tiny wee baby Trump lookalike that has been performing in the House of Commons.

Across the UK, people have been delighted by the pampered infant with its silly wispy hair doing an adorable impression of President Trump whipping up anger against his opponents for the mess it has got itself in.

Joanna Kramer of Bath said: “Aw, bless! It’s almost just the same, except tiny and pitiful and weak which only makes it more endearing!

“Look, it’s trying to make us angry about Jo Cox! Its chubby baby fists are all clenched in frustration. My heart is just melting.

“I like it best when it tries to be all tough and threatening. It’s so pathetic it gives me the giggles. Is little Trumpy-wumpy all upset? Is he? Is he?”

Nathan Muir agreed: “Aw, he’s trying to install himself as the head of a popular mass movement but he hasn’t got Fox News. Where’s your Fox News baby? Is it behind my back?

“Does baby want his Brexit? Does he? No, no Brexit for you because you can’t be trusted with it. Aah, look at his big blue eyes. He’s crying.” 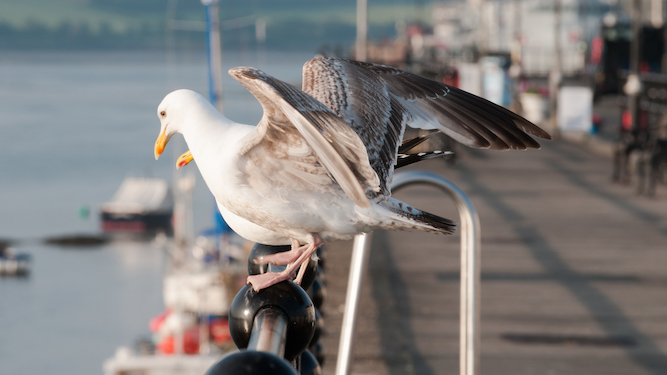 THE two opposing forces in Britain’s seaside towns have agreed a bloody showdown to sort out who is boss once and for all.

Seagulls and the elderly have had an uneasy truce since 1996, when beachside towns and cities were divided to keep the lucrative tourist market alive, but relations have broken down after a series of skirmishes and retaliation attacks.

82-year-old Roy Hobbs said: “They had the chip shops, piers and seafront. We had the bus stops, arcades and Tesco Metros. But they’re greedy. They want it all.

“If they’re going to come, they’d better come tooled up. My mobility scooter’s fully charged and I’ve got two sticks. Game on, you yellow-beaked bastards.”

Seagull Wayne Hayes retorted: “We’ve let these old f**kers get away with too much for way too long.

“Morecambe is ours. Margate is ours. Seaton Carew is ours. They’ll be going back to their sheltered housing in ambulances, mate.”