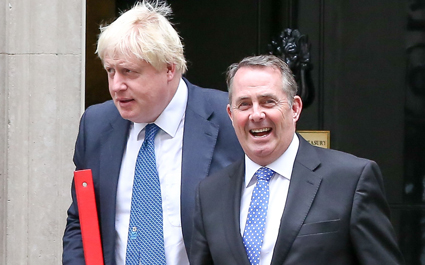 A BREXITER does not want to discuss the fact that he voted for twats like Boris and Gove.

Sales manager Wayne Hayes has been oddly silent ever since it became clear Brexit leaders were either just in it for themselves or fanatical weirdos who obsess about war documentaries.

Friend Martin Bishop said: “If I ask Roy why on earth he voted for self-serving arseholes like Boris he just pretends he needs the toilet.

“When I pointed out people like Gove and John Redwood were clearly not normal long before Brexit, he actually claimed he had to go because his daughter’s gerbil was ill and he needed to check on it.

“I know it’s hard to admit you’re wrong, but not noticing Nigel Farage is a bellend is like not noticing you’ve grown an extra head during the night when you have a shave in the morning.”

Hobbs said: “I didn’t vote for Brexit because of individuals, I voted for tangible things like the Norwegians stealing our fish.

“I admit it’s odd that our brave Brexiteers all just want to be prime minister at any cost, but you don’t want some unambitious slacker in charge of a brilliant project like Brexit.

“I’ve definitely not been avoiding the issue because I’m starting to look like a gullible moron.”

Golfer somehow not an arsehole 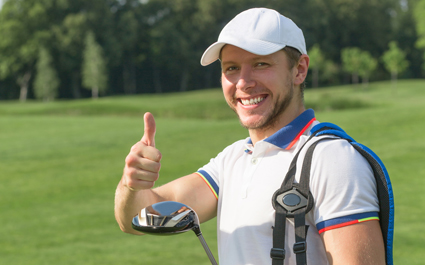 A MAN who plays golf regularly is strangely not an arsehole, it has been confirmed.

40-year-old Martin Bishop is a full member of his local golf club and plays most weekends. Despite this he is widely considered to be a nice man who does not secretly hate his wife or drive a Jaguar with a customised hood ornament.

Bishop said: “I just like the fresh air really, and sometimes I have a couple of drinks in the members’ bar and a bit of a chat.

“Some of the guys drink a lot of whisky in the afternoon then launch into angry monologues about various social groups, but I’m not so keen on that.

“I suppose for me golf is more of a ball-based hobby than a futile attempt to escape some deeply damaged part of my psyche.”

However some club members are concerned that Bishop’s not being an arsehole may somehow spoil things.

Fellow golfer Roy Hobbs said: “Golf was invented by arseholes, for arseholes, and if you’re not an arsehole I don’t see how you can really ‘get’ it.

“It’s not a game, it’s about schmoozing local councillors so that you can build a housing estate on a local toad colony or some other weird business thing.”