BRITAIN is to begin the considered and politically astute process of giving those sodding foreigners what for.

Prime minister Theresa May confirmed that foreigners will start getting exactly what they deserve in March, setting Britain on a path which has been taken for all the right reasons.

May said: “After careful consideration of the opinions of the cleverest 52 per cent of the population, I am convinced that sticking it to bossy Germans, arrogant French and stubbly bone idle Spanish is the best direction for our country.

“Of all the challenges facing our nation, the greatest is the existence of foreigners. I firmly believe we should focus on antagonising them, and that creating a massive bureaucratic headache is the best way to do this.

“This nation will thrive if it continues to make everyone’s lives difficult for no real reason, even if I thought that was fucking stupid a few months ago.”

Brexiter Norman Steele said: “You know that bit in Dad’s Army where Clive Dunn goes ‘They don’t like it up ‘em’.

Sight of band setting up strikes fear into drinkers' hearts 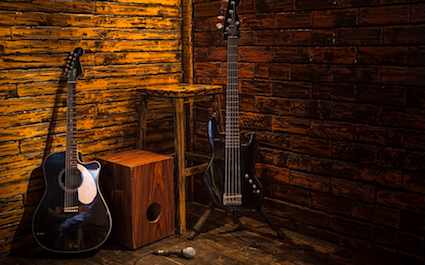 PUBGOERS were plunged into despair after realising a band was preparing to perform.

Drinkers at the Rose & Crown in Bedford at first hoped the balding man in a Hawkwind T-shirt was just tidying up the microphones, until he brought a guitar case in.

“Oh God, he’s saying ‘one-two’ into the mic as if addressing an empty Wembley Arena, not a pub full of people pretending they can’t see him.

“It’s too late for me, I’ve ordered a toastie. Save yourselves.”

Pub customers began sizing up their nearest exits, but many faced the agonising dilemma of abandoning practically untouched pints or suffering through the first few songs.

Landlord Bill McKay said: “We pride ourselves on organising live music whether people like it or not. And, generally speaking, they do not.”