THE general election campaign was blown wide open last night after the delivery of a fresh batch of gently steaming horse excrement.

As three heavily laden tractors backed into a television studio in Manchester, voters were immediately drawn to the heap that wasn't all dried out and crumbly.

Emma Bradford, from Burnley, said: "I don't think I've ever smelled this pile of shit before.

"This is good stuff. Moist, pungent, filled with potential. If you don't mind I'm going to stand here and sniff this one for a couple of days."

Viewer Julian Cook, from Hatfield, said: "Look at it, it's still steaming. Is it horse? When it's this fresh it's difficult to tell.

"I know that by the end of the week it won't be giving off quite the same eye-watering stench, but right now I could bathe in it, I really could."

But he added: "This pile of shit does look good on telly, especially in HD where you can see the whisps of steam coiling into the air, but I'm still not sure that we should be emptying great truckloads of it into the House of Commons."

Nick Clegg, the owner of the pile, said: "It is horse. I've been feeding it pickled apricots, peppered mackerel and cottage cheese. That's why you can't breathe."

The Leeds MP added: "I want to be straight with people about what I feed my horse so that they know exactly what kind of shit they're getting."

Standing by their respective dung piles the leaders of Britain's three main parties embarked on a historic televised debate which saw prime minister Gordon Brown hold on for almost six minutes before telling Mr Clegg they should get a flat together.

The Labour leader said: "Last week I met a man in Cleethorpes who agreed that it would be totally brilliant. We could order curries and watch Battlestar Galactica and then stay up all night talking about our feelings and stuff."

Meanwhile it was a difficult night for David Cameron whose attempts to mix fresh cow dung into his shit pile has yet to convince the electorate.

The visibly nervous Tory leader is understood to have followed through just after nine o'clock before threatening to kill everyone in China. 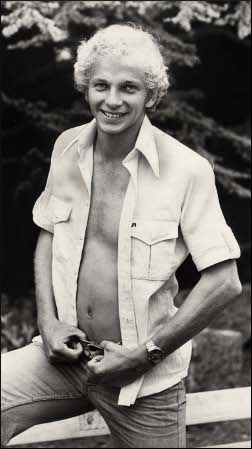 POP star Lady Gaga has been named as one of Wisden's cricketers of the year.

The child's drawing of Madonna is a new entry into the cricketing bible, and has already fashioned the award into a hat that looks like a lobster's tuppence.

Wisden assistant editor Julian Cook said: "We're trying to reach a younger audience than usual and besides, if Englishmen can make the list then we could justifiably include a three-seater couch in there."

The English cricketers were named for their sterling performances in South Africa, where they managed to avoid being utterly shellacked.

They were also praised for beating Australia 2-1 in a series dubbed by pundits as a bit like watching a coach full of elderly and confused monkeys crash through the window of a JD Sports.

Virender Sehwag took top spot after Wisden conceded that, despite being distressingly foreign, he did manage to hit the ball a long way away from the fielders with cynical consistency.

Cook said Gaga's inclusion, as well as that of English cricketers, sees a shift away from focusing simply on sporting ability.

He added: "Looking ahead to next year's shortlist, the children do seem to like this Miley Cyrus chap. We're currently planning a sexy centrefold featuring Mr Cyrus on all fours while licking the grass stains off a well-used ball."