PRIME minister Gordon Brown has drawn a red line around the savoury cheese sandwich on his desk and warned the EU to back off.

Mr Brown said no more sandwiches would be surrendered to unelected bureaucrats and pledged to defend Britain's long-term sandwich interests.

The prime minister told the House of Commons: "Law and order, immigration, our economy, our environment and our national defence are all now safely in the hands of some nice Dutch people.

"But on the core issues, I faced up to my European counterparts and said, 'if you so much as look at this sandwich or any other British sandwich, I will write a column in The Sun'."

He added: "Those greedy foreigners now know they cannot trifle with the British people or their prime minister, or his sandwich. Or, for that matter, his trifle."

Demanding a referendum, the Tories warned that Britain would soon be forced to eat long, cumbersome French sandwiches or could even face a take-over by the Italians, who don't eat sandwiches at all.

Although Mr Brown dismissed the Tory attacks, he was forced to concede that the red line will have to redrawn after every bite, and when the sandwich is finished he has to send the pen back to Brussels.

England Expects Scotland To Put Out 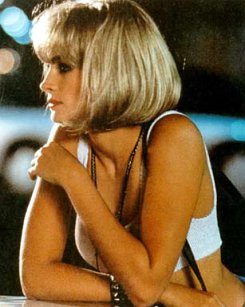 ENGLAND has now spent so much money on Scotland that it is expecting some 'fairly spectacular sex', it was claimed last night.

Despite recent gifts including free school meals and free prescriptions, Scotland has failed to express her gratitude in a physical way.

England said last night: "My friends were always telling me that Scotland was a really beautiful country and that I was lucky just to be able to sit next to her.

"I didn't mind the little things like her own football team, her own BBC or even the odd parliament here and there. But now it's starting to cost me serious wedge and, at the end of the day, I've got needs.

"Just last week she was saying she doesn't want Trident. We'll she's getting Trident – she's getting lots of Trident or she can fuck right off."

England said the relationship had been difficult for about 800 years but there was always the expectation of a 'big sexual payday'.

"A couple of years ago I turned up with an engraved, 18-carat free personal care for the elderly. It was a lovely thing and I reckoned I might at least get some tongue and a quick rub in the groinal regions.

"Instead she stood there like I owed it to her and asked for a 75% increase in health and education spending. It's not like she's got a fucking job."

England added: "Now that I've coughed up for the school meals and the prescriptions I think it's only reasonable to expect a commitment to some fairly serious below-the-belt time. And maybe even the Big Slipper."