GORDON Brown was prime minister in name only last night as the machinery of state was transferred to New Avengers actress Joanna Lumley.

Ms Lumley has now set up an interim administration in the drawing room of her Chelsea townhouse as she waits for the formality of a general election.

Mr Brown is expected to be finally dragged from office later today after it was revealed he has been paying his own brother £65,000 a year to dress up like a cleaning lady.

It also emerged Jack Straw, the justice secretary, claimed thousands of pounds in council tax for houses that he would quite like to live in, while communities secretary Hazel Blears used public money to buy tiny furniture for her vast network of burrows.

As the government disintegrated like cheap toilet paper, Ms Lumley was huddled in talks with the close-knit group of deadly Gurkhas who carry her about in a chair.

A source said: "One of her first jobs will be to visit every family in the country and tell them how marvellous they are.

"Of course, once we take charge there will be no further need for political parties, or silly little things like elections and parliament. I'm warning you all now – do not fuck with Joanna Lumley."

Meanwhile, the new regime was taking shape last night with the appointment of Sir June Whitfield as Commissioner of the Metropolitan Police, while the leader's former New Avengers co-star Patrick McNee will finally get to take charge of MI5.

Banks To Close For One Week A Month, Says Harman 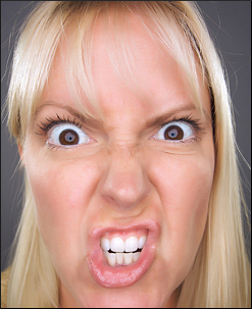 BRITAIN'S biggest banks will be forced to close for a few days roughly every four weeks, under new government proposals.

Equality minister Harriet Harman has outlined plans to have more women on the boards of financial institutions, but admitted they may have to shut down once a month to prevent a fresh wave of irrational decision making.

Ms Harman insisted increased female involvement would restore stability to the system and restart the wholesale money markets just as soon as the country's biggest banks had synchronised their periods.

She added: "Women don't take as many risks as men because we are not as greedy. Apart from when it comes to shoes and chocolate and state-of- the-art Japanese pleasure sticks.

"We don't need a big BMW 7-series; we're quite happy with a nice, little Kia Picanto as long as we can fit some shopping in the back and it plays our Leona Lewis CDs without us having to press too many buttons."

But experts warned that an increase in female directors could result in banks giving vast sums of money to the Dogs Trust, the Tiny Kitten Foundation and that one that looks after old donkeys.

Emma Bradford, chief financial officer at Donelly-McPartlin, said: "This is Charlie. Charlie loved his owner but his owner didn't love him back. Look at his wittle-bittle face. He's so saaaad. I'm going to give him £20 million."

Sir Denys Finch-Hatton, executive chairman of stockbrokers Madeley-Finnegan, added: "I am all in favour of women running large organisations, as long as absolutely none of those women is Harriet Harman."