Brown explains how to win friends and influence people

FORMER prime minister Gordon Brown has explained his personal formula for making people like you and winning elections.

In a keynote speech, Brown said the next Labour leader could learn from the interpersonal skills that had made him so popular during his time in office.

“Everyone respects honesty, so if a voter really annoys you by asking an awkward question call them a ‘bigot’, a ‘Nazi’ or a ‘rancid , git-faced weasel’.

“Above all, don’t forget to smile, even if it comes across as a false, sickly grin like a kidnap victim being forced to ‘act normal’ with a gun in their back.”

He added: “I’m not here to criticise individual candidates, but no one’s going to vote for a superannuated Citizen Smith on a crappy little bike.” 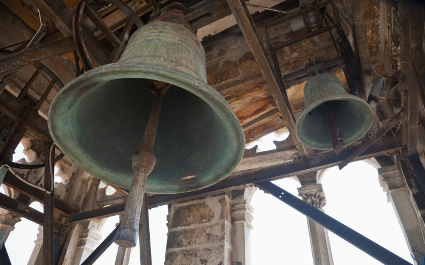 BELLRINGERS have been asked why in Christ they are making all that noise.

More than 400,000 people have signed a petition asking bellringers to move their special bell practice or whatever the hell it is to Monday lunchtime when it would disturb nobody.

Nathan Muir, from Canterbury said: “Everyone needs a hobby, I understand that. I glue glitter to pictures of Fiona Bruce.

“But it’s Sunday morning, for God’s sake. Who are these people? Is this foreign? Is it a foreign thing?

“What are they ringing all their bells for, anyway? To get everyone to come to church? What does that mean? Is it Christmas? Have I been in a coma and it’s Christmas? What year is it? Quick, get me a mirror.”

Bellringer Margaret Gerving said: “I do it because I hate people. It makes me happy.”