Brown Refuses To Hand Back Pension 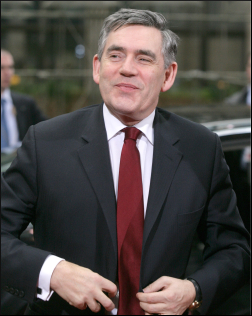 GORDON Brown last night dismissed calls to surrender his £123,000 a year pension when he is forced to stop being prime minister next June.

Mr Brown was defiant in the face of City outrage despite the UK government's annual operating loss of £100bn, rising to £1.5 trillion when the write-down of its banking assets is taken into account.

The prime minister said: "I've been building up this pension since I became an MP, it's all completely legal and now you want to take it away because I've been catastrophically bad at my job and you're looking for a scapegoat. What gives?"

He added: "Yes I've been in charge of financial regulation for 12 years, yes I encouraged the housing bubble, and yes I pissed billions up the wall giving pointless jobs to Labour voters, but I fail to see what any of this has to do with me being incredibly well off."

Brown's £3m pension pot is expected to cast the spotlight on the extravagant retirement packages of other failed politicians including Alistair Darling's inexplicable £1.7m and the £1.5m awarded to John Prescott for being a national scandal for 10 years.

Meanwhile Margaret Beckett has a fund worth £1.7m, something called 'Hilary Armstrong' has £1.2m and Tessa Jowell has £1m even though no-one has the faintest idea what any of them actually did.

Critics insist Mr Brown has a moral duty to hand back his pension fund as he will inevitably receive a multi-million pound advance for two volumes of eye-gougingly tedious memoirs which will end up in the bargain bucket at WH Smith within a fortnight.

Martin Bishop, head of pension rows at the Institute for Studies, said: "It's a fascinating dynamic. The politicians blame the bankers, the bankers blame the politicians, and the ordinary taxpayer is down on all fours with a confused look on his face, being fucked at both ends." 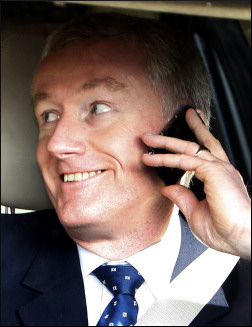