Brown Urged To Distance Himself From Himself

PRIME minister Gordon Brown was last night being urged to distance himself from himself.

Mr Brown is under intense pressure to issue a personal apology to the Conservatives following an attempted dirty tricks campaign by two of his own turds.

Damian McBride, one of the prime minister’s most trusted stools, was forced to quit after sending emails proposing a smear campaign against David Cameron and George Osborne based on unfounded gossip which everyone now assumes to be true.

Derek Draper, the recipient of the emails, emerged from Peter Mandelson’s rectal passage in 1997. He has since been eaten by the prime minister and shat out all over again.

The emails were also copied to Charlie Whelan, one of Mr Brown’s oldest and heaviest evacuations, dumped the morning after an extra-large helping of beef curry at the 1994 TUC conference.

Shadow foreign secretary William Hague said: “Mr Brown cannot go around squeezing out fat, stinking turds all over the Downing Street carpets and then claim they have nothing to do with him.

Meanwhile Alastair Campbell, one of Neil Kinnock’s turds who then went on to shit out Tony Blair in the early 1990s, added: “Their big mistake was not hounding a mentally fragile weapons expert who tried to expose some deliberate lies about an illegal war.” 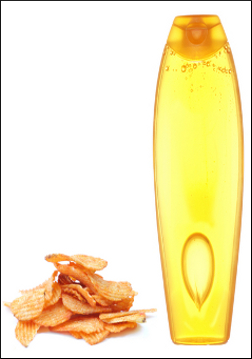 According to security sources, police raids in Manchester, Liverpool and Clitheroe have so far yielded eight packets of crisps, some beard shampoo and a foreign looking hat.

A senior police source said: "Put the crisps in the hat, add some shampoo, give it a good shake and what have you got? Unimaginable carnage, that's what you've got.

Sources said the raids had been brought forward while claiming the planned attacks were almost certainly due to be carried out today or tomorrow.

A source added: "We like to leave things to the last possible moment. Makes it a bit more like Spooks. If only we could discover a nuclear bomb that had a digital timer on it with just 10 seconds left. I'd love that."

A source close to Phil Woolas said: "We let in just enough of them to keep you nice and scared, wait until they take a photograph of something and then arrest them at gunpoint."

Prime minister Gordon Brown last night claimed personal responsibility for both the surveillance operation and the arrests while a source stood behind him shaking his head and waving his hands.