DAVID Cameron has chosen to avoid an £80,000 tax bill instead of a shabby and humiliating end to his career.

The prime minister said he had made the choice because the £80,000 was in actual cash, as opposed to the more intangible nature of reputation and legacy.

Unveiling his tax records, he added: “I could have said to my mother, ‘just wait until after I leave office and then I’ll get the extra £200,000 and maybe have to pay the tax on it’. Some people might say that would have been the utterly obvious thing to do if I didn’t want it to come back and bite me on the arse.

“But that’s eighty grand. I might need that in case I don’t get offered lucrative consultancies or a six-figure book deal. Okay, so even John Major got offered those things, but you never know.

“I will look back at the way my career turned to pig manure and think ‘oh well’, but then I’ll look at the interest I’ve earned on the eighty grand and I’ll be like, ‘you beauty’.

“Your prime minister is not an idiot.” 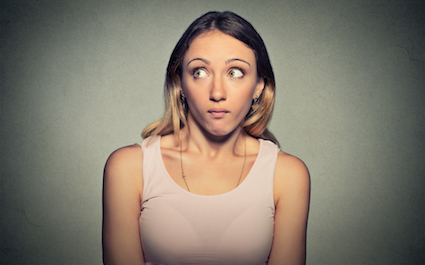 Joanna Kramer, from Loughborough, made the confession during a conversation with workmates about those things you secretly really enjoy but are embarrassed to admit to.

Colleague Carolyn Ryan said: “I’d just finished telling everyone that I actually rewatch Clueless twice a year and still cry at the end. And then Joanna said that she had one.

“My guess was Harry Potter books or maybe Nice ’N’ Spicy Nik Naks, so it was a bit of a shock when she went straight for ‘wanking in the shower’.

“Apparently she waits until her husband’s not around, sneaks up there and massively indulges herself. As she was keen to point out ‘it doesn’t do anyone any harm’.”

Ryan added: “You can’t really argue with that, but I for one would have felt more comfortable if she’d said Bargain Hunt.”