DAVID Cameron has penciled in next Wednesday to visit an as-yet-unknown community which has been devastated because of spending cuts.

Following forecasts of Arctic weather, the prime minister has put his inexpensive rubber boots by the door and notified the RAF to have a helicopter on standby for when the inevitable happens.

He said: “My concerned face has never been more resolute but compassionate.

“And I’m now so adept at dismissing claims that it’s all thanks to massive, politically-motivated government cuts that I could do it in my sleep.”

He added: “Last week, I found myself insisting that the flooding and freezing which completely destroyed Glasgow were unrelated to cuts, before I realised it hadn’t actually happened yet.

“Still, it’s good to be ahead of the curve.” 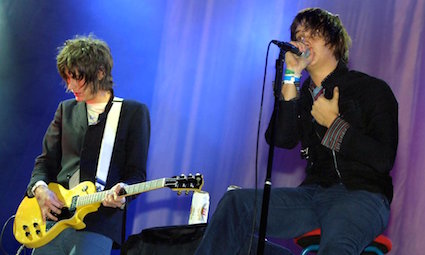 A MAN who met The Strokes nearly 14 years ago still brings it up at the slightest opportunity.

Tom Booker met the band when they were touring their first album Is This It and has failed to move on with his life in any meaningful way.

Booker’s friend Stephen Malley said: “We were in a pub yesterday talking to the barmaid about the new Eddie Redmayne film, when all of sudden he asks her whether she likes ‘any New York bands’.

“What kind of question is that?”

He added: “She said she liked mostly Hip Hop and some techno, but generally looked quite baffled. I could see in his fucking eyes where he was going with it.”

Booker said: “The Strokes were a generation defining band. I first realised that when I hung out with them backstage at the Brixton Academy on March 28th, 2002.