Cameron to claim he was molested by Jimmy Savile

DAVID Cameron will attempt to appease Tory rebels by claiming Jimmy Savile touched him up when he was 14.

In his keynote speech to the Conservative conference he will say his performance as prime minister is down to the trauma caused by the infamous pervert rubbing him in the groin.

Speaking to BBC 1’s Andrew Marr Reads the Papers Mr Cameron revealed he had been part of a school outing to Jim’ll Fix It after one of his classmates at Eton was chosen to appear on the show.

He said: “Viscount Cobham had fallen out with his father and so had asked Jim to fix it for him to become a member of the MCC.

“I was very excited because it meant I could mix with children from different backgrounds, which was always so important to me.

“I was chosen to sit at the front and then Jimmy came over and sat next to me. Without asking, he put his hand firmly on my privates while John Humphrys, James Naughtie and Ed Miliband stood there and did nothing.”

Mr Cameron said he had been through years of therapy in a bid to erase the experience, but added: “Every time I have to make an important decision I am haunted by the face of that beast and I get terribly distracted.

“I daren’t close my eyes and so I’m constantly tired and unable to concentrate. Under those circumstances it was only a matter of time before Jeremy Hunt became health secretary.

“Jimmy Savile raised a lot of money for hospitals but is now almost entirely responsible for their gradual privatisation.”

“Some people say I look a bit like Jimmy Savile.” 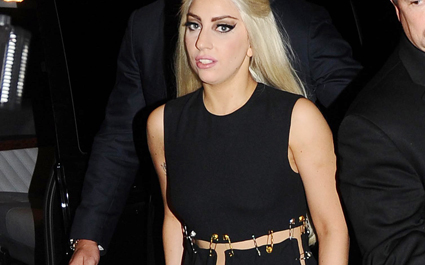 LADY Gaga is to make a series of unwatchable films before devouring an international cricketer on live television.

In her new ‘performance concept’ the singer will ‘become’ Elizabeth Hurley by divesting herself of all discernible talent and making three films where she will basically play herself, very badly.

She will then buy a yak farm near Cirencester and if, at any time, the media tires of the ‘concept’ she will run around shouting: “Look at me in my bra and pants!”

After a high profile romance with a badly-chinned Englishman she will hunt down and capture Kevin Pietersen and then dress him like a girl. And in a thrilling climax she will finally slaughter and eat him live on the QVC shopping channel.