THE Prime Minister has admitted that 60% of his cabinet are immigrants from Eastern Europe.

Justice Secretary Kristof Gräzwicz, who calls himself Chris Grayling for convenience, said: “Try finding a Brit who will do a filthy shameful job as this, I wish you luck friend.

“We come over here to empty your bins, clean your streets and sponsor your private members’ bills because British people do not like to do hard work.”

Cameron has been criticised for offering less than minimum wage for Cabinet positions, apparently claiming that ministers could make up their pay with tips from lobbyists.

He is also accused of wilfully ignoring the closure of a House of Commons bar and its reopening a week later as a Polski Sklep.

Immigration officials are currently probing claims that some of the leadership team are being held in the UK against their will.

Marie-Terese Mayosovici said: “When I arrive in Britain they take my passport and say to repay my debts I must work as Home Secretary.

“I send money home, but after what I have done I am too ashamed to ever face my family again.” 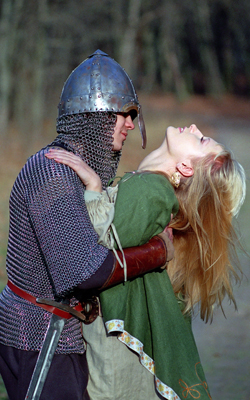 ONLINE pornography must have detailed historical settings, according to new government guidelines.

A government spokesman said: “For many hopelessly porn-addicted students James Deen is a more recognisable figure than Aneurin Bevan.

15-year-old Stephen Malley watched the government-sponsored internet clip Domesday Book Gang Bang: “Basically these soldiers arrive at a hovel and explain that they’re doing a survey for the king. They want to know how many pigs she’s got.

“The lady of the hovel says her husband’s away toiling because he is a serf, explains what a serf is and then invites them in for some thin broth containing oats.

“After some chat about the realities of feudal life and the daily routines of the peasantry, they have a three-way.

“It really brought history to life. I learned that William I had a tattoo of a shark and that lesbianism was rife in the Middle Ages.

“Also I surprised myself by really enjoying an extended segment about crop rotation.”