Can we please hurry up and commit economic suicide? ask Brexit Tories

PRO-Brexit Tories have begged Theresa May to trigger the device that would blow Britain’s economic brains out.

Right wingers are exasperated that Britain is still functioning and want out as soon as possible so the country can die an honourable death.

Bill McKay, chairman of the Conservative pressure group Suicide Means Suicide said: “Every week Britain stays in the EU is another week in which we’re paying an imaginary £350 million to Brussels which could go to the NHS, except that it wouldn’t, even if that wasn’t a made-up figure. It is insane.”

International trade secretary Liam Fox said: “Outside the EU, we’d have the chance to show the world what can be done once all our car manufacturers had relocated abroad and our tech and finance businesses moved to Paris and Gemany.

“Brexit is a window of opportunity, just waiting for us to leap out of and plunge to our deaths from the 93rd floor.” 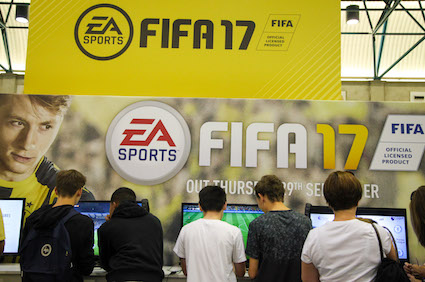 THE 2017 edition of FIFA for the Xbox has a more realistic manager mode which allows players to take bungs in Far East hotels.

While the career mode does involve some football matches, the majority of the game involves embezzling untraceable money from shady businessman.

Gaming expert Stephen Malley said: “Players get to control their manager as he sits in a five star hotel in Hong Kong and boasts about flouting transfer regulations and they must decide how big a back-hander they should take for signing an unheard of Brazilian striker.

“Every now and then there’s a football match too, but the real focus is on getting incredibly rich on ilicit kick-backs and dodging undercover journalists.”

“I did some excellent third party ownership deals but then I spent the next five hours in front of the Football Association’s ethics committee which was a bit of a downer.”