Choose your own Boris Johnson adventure

YOU are Boris Johnson, MP, bon vivant and statesman, but can you make it to the end of the week without being forced to resign?

1) You’re accused of undermining your government’s Brexit policy by launching a leadership bid in the Daily Telegraph. If you believe that the only honourable course is to resign, go to 7. If you want to call your critics “nonsense-pedlars inebriated with the exuberance of their own verbosity”, go to 2.

2) A former aide claims that the £60m London cable car linking two of the capital’s least-visited locations only came about after you doodled randomly on a map then insisted you were not doodling and it was a brilliant idea. To offer your resignation, go to 7. To zipline down the cable covered in Union Jacks, distracting everybody, go to 3.

3) You are called upon to make a conciliatory speech to the EU, but instead call them “mendacious merchants of maunderings, piffle and piss-a-bed proposals whose drivelling idiotism there is no bearing,” badly damaging your Brexit strategy. To resign, go to 7. To continue as if nothing has happened, go to 4.

4) You have had yet another affair with a posh journalist and have consequently fathered a further out-of-wedlock lovechild. If you believe that your private life is becoming a distraction and wish to resign, go to 7. If you believe that the rabidly moralistic tabloids won’t take you to task over it, go to 5.

5) Extensive documentation surfaces proving that every statement you have made in the last three years is untrue, that you bet £400,000 on a Remain vote and now owe twice that to the Russian Mafia, and that you killed a boy at school. To resign go to 7. To accuse your critics of being “grizzling and horrigust beans who gobblefunk their words until they are squiff-squiddled and squished like snozzcumbers,” go to 6.

6) At a Bullingdon Boys reunion photographs are passed around of you with the infamous Cameron pig, pre-decapitation, engaged in activities you dismiss as high-spirited schoolboy capers. However while attempting to retrieve the photos you trip and throw them out of  a window where they shower onto the assembled media. To accept you must resign, go to 7. To finally be fired, go to 7.

7) You leave politics for a lucrative media career, which by 2019 sees you appearing in Dick Whittington at the Pavilion Theatre in Rhyl, starring Gemma Atkinson. Your adventure has ended. Michael Gove plays Baron von Nasty.

We are cruising at 36,000ft and I hate these bastards even more than you do, announces Ryanair pilot 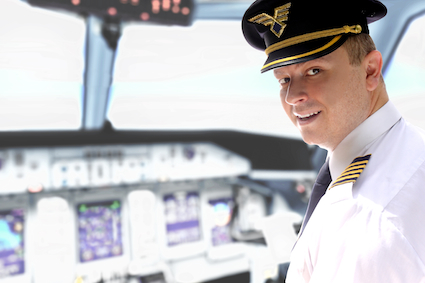 THE pilot of a Ryanair flight has announced that the plane is cruising at 36,000ft, that skies are clear all the way to Madrid, and that he hates his employer more than you ever could.

Captain Tom Logan assured passengers that their flight would arrive on time, that however badly they felt treated by the airline it was nothing compared to how he had suffered, and that as soon as they hit the runway he was quitting.

Passenger Margaret Gerving said: “It was so reassuring.

“Just as I, and all the other passengers, were feeling panicky about our mounting fury, he calmed us all down by revealing the depth of the loathing in his own heart.

“His empathy was so charming, and then he gave us several new ways to despise the airline, a full rundown of compensation procedures and the home phone numbers of the board of directors.

“He even let some kids up to the cockpit, where he showed them the controls and demonstrated exactly how the company’s bonus offer was utter bullshit nobody would ever receive.”

Following the pilot’s speech, the cabin crew stood in the aisle for a short demonstration of exactly how Ryanair could go and fuck itself.